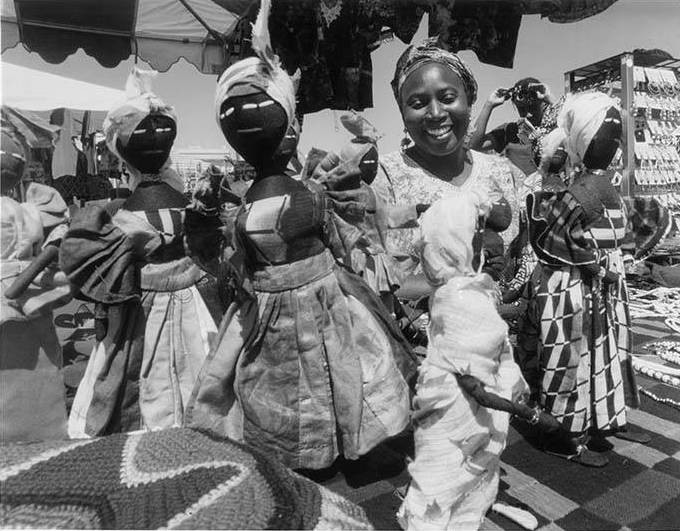 Dior Seck of Senegal surrounded by handmade Senegalese dolls in traditional dress at the Black Community Festival in 1993.

Umoja Fest/African Heritage Festival and Parade has been a celebration of ethnic diversity showcasing local, national and international artists in Seattle since the 1940s. Dedicated to highlighting the countless contributions of African Americans, Umoja Fest originally developed from the International Festival of the 1940s and has seen many transformations over the decades. In 1952, it became known as the East Madison/East Union Mardi Gras Festival. The name changed to the Pacific Northwest Black Community Festival in the 1960s, and since 1997, it has been known as Umoja Fest/African Heritage Festival and Parade.