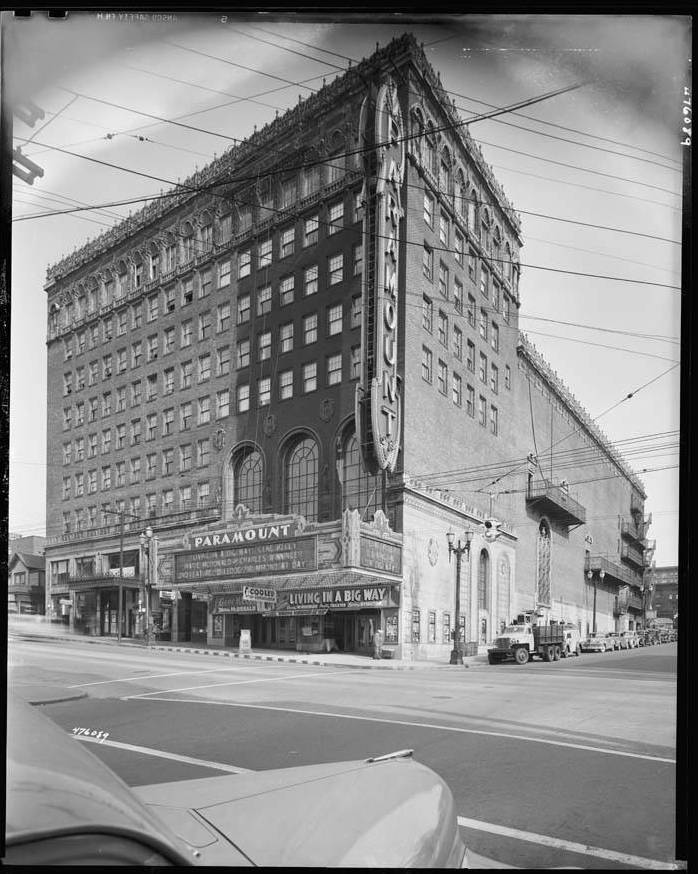 This photo shows the Paramount Theater in 1947. The building underwent renovations in the 1990’s.

Originally built in 1928, the Paramount Theater has had a series of owners. After being closed for a period of time in the 1960s, it reopened as “Paramount Northwest” in 1971 and operated primarily as a music venue for rock bands and jazz and soul musicians. The Paramount was considered the only major venue for Black artists and musicians in Seattle and from roughly the 1960s through the 1980s was the main venue for performances by artists like Sly and the Family Stone, Bob Marley, Parliament Funkadelic and more. The apartments upstairs had been converted to house traveling musicians early in the Paramount’s history, but continued to house a small group of artists and other residents through at least the mid-1990s. The Seattle Theater Group (STG) gained sole ownership of the Paramount Theater in 1999 and continues to operate it today with a range of programming, including touring Broadway shows, dance, jazz, live concerts, comedy shows, and more.