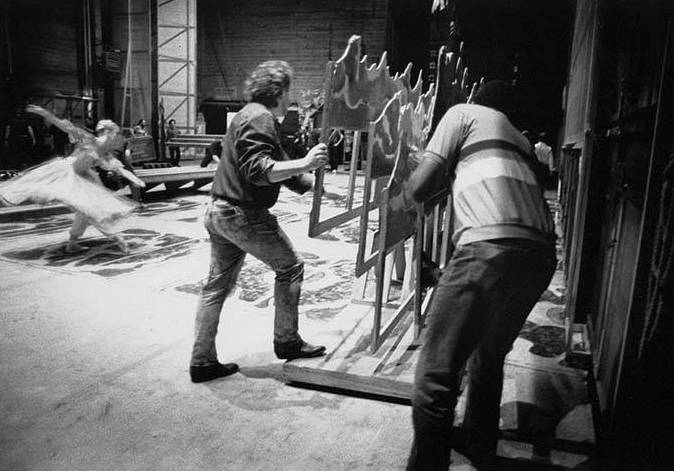 Stagehands changing set pieces during the intermission of a 1990 PNB production of “The Nutcracker.”

Founded in 1972 as Pacific Northwest Dance Association, it was renamed Pacific Northwest Ballet in 1978 under the leadership of Kent Stowell and Francia Russell, developing a national reputation for its performances and dance training program in Seattle and Bellevue. PNB and its school moved into the Phelps Center, their new facilities at Seattle Center in 1993.