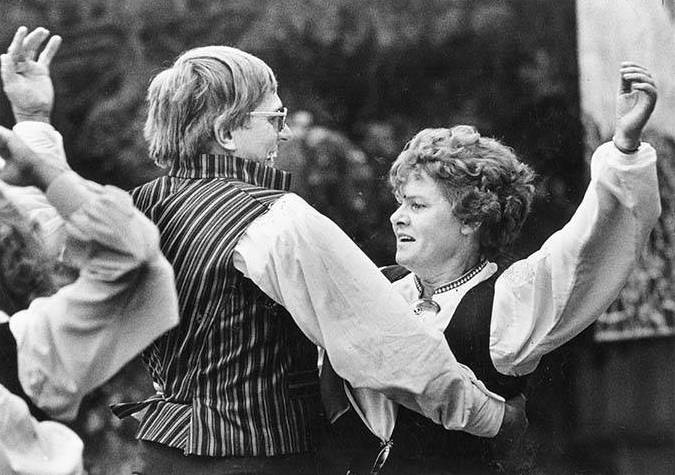 Two dancers performing what appears to be a traditional Scandinavian dance at the 1981 Northwest Folklife Festival.

Northwest Folklife Festival features a broad range of cultural expression and traditions practiced in the Northwest. It has been held annually on Memorial Day weekend throughout Seattle Center since 1972. This popular event attracts 100,000 to 250,000 audience members and thousands of performers each year. Folklife also offers year-round programming for youth and families. Northwest Folklife Festival has always been a free event dedicated to making traditional arts and culture accessible to the public without barriers. Starting in 1998, Folklife began requesting a donation from audience members at the gate to help meet fundraising goals necessary for continuing the annual festival.