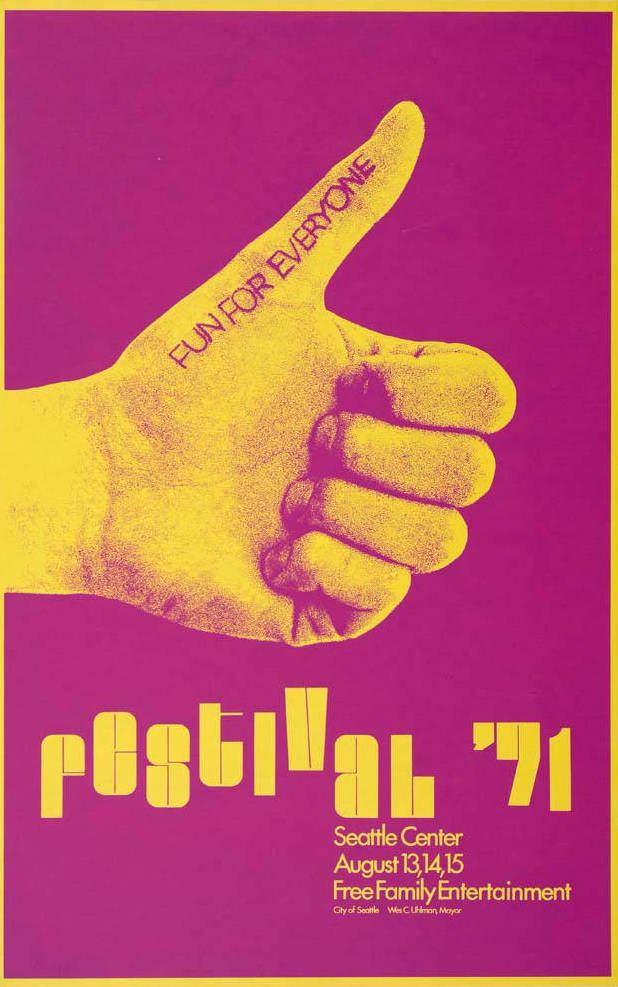 Poster from the inaugural Festival ’71, hosted by the City of Seattle.

The first event to make use of the entire Seattle Center campus after the World's Fair was Festival '71, also known as the Mayor's Arts Festival, which became the annual Bumbershoot festival in 1973, produced by One Reel starting in 1980.