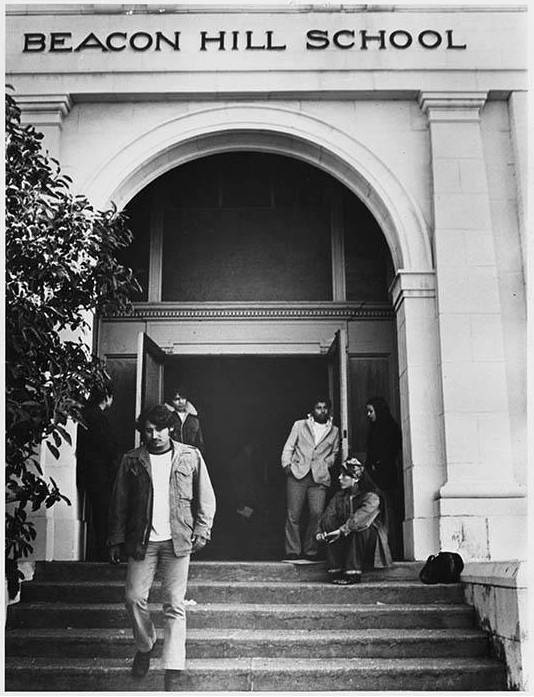 Protesters near the entrance of the abandoned Beacon Hill School on the first day of the occupation.

El Centro de la Raza was founded in October 1972 as the result of a 75-day peaceful occupation of the abandoned Beacon Hill School. The occupation led to negotiations with the Mayor’s office and resulted in the City agreeing to sublease the building to El Centro de la Raza for $1 a year. El Centro de la Raza was initially inspired by the desire and need for a hub for the Latino community in Seattle but evolved to become a multi-cultural organization. Founder Roberto Maestas served as the Executive Director until 2009. El Centro de la Raza provides many social and other services to people in need and uses the arts as a means of social change and activism. Arts-related programming includes an art and mural gallery and features traditional art and artists in larger events. In 1997, the school district raised the rent to the market rate of $12,000/month, but $1 million in grants from the City of Seattle and Washington state helped El Centro de la Raza purchase the building from the school district.