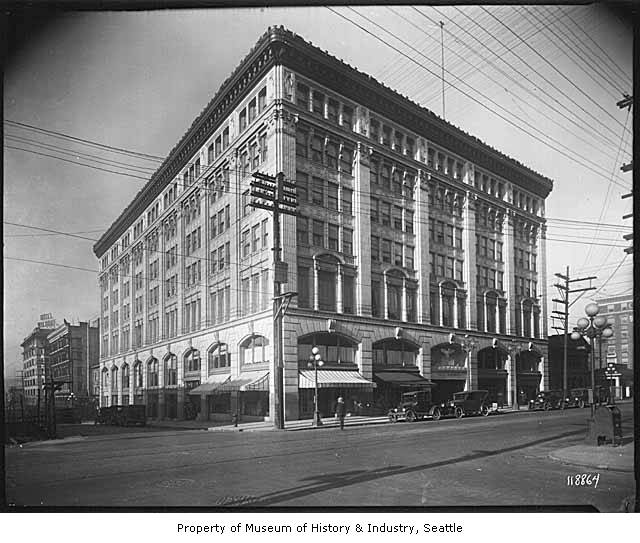 In 1924, Eagles Aerie #1 built an elegant new lodge on Seventh Avenue at Union Street in downtown Seattle. The building was renovated in 1995 and now houses the Act Theater.

The 1920s Eagles Auditorium became a major rock concert venue hosting national bands from the mid 1960s to 1970. The eight-story historic theater and apartment building was renovated as the home of A Contemporary Theatre (ACT) in 1996.

HistoryLink.org: Cornerstone for new Seattle lodge of Fraternal Order of Eagles, Aerie No. 1 is placed on February 22, 1925