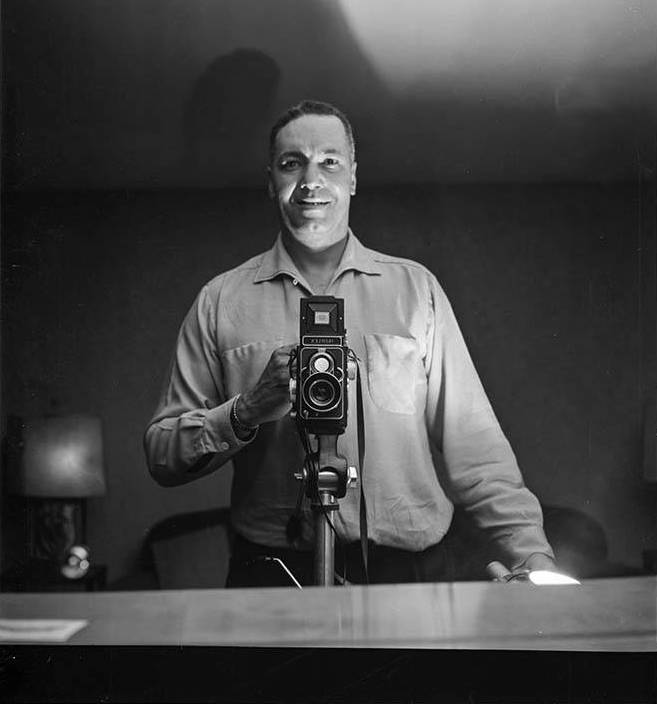 Self portrait of photographer Al Smith, circa 1953.

Al Smith (1916-2008) is widely considered Seattle's preeminent African American photographer. He gained national acclaim in the late 1940s. In the 1960s he attended and photographed civil rights marches and demonstrations, Black Panther rallies, and the appearance of Student Nonviolent Coordinating Committee (SNCC) chairperson Stokely Carmichael at Garfield High. He was the unofficial photographer of the 1979 NBA-champion Seattle Supersonics. In 2014 his photographic archive, which covers some 60 years of the daily lives of Seattle's black community in the twentieth century, was donated by the Al Smith Foundation to the Museum of History and Industry (MOHAI). In 2017-2018, the archive was the subject of a major MOHAI exhibition entitled Seattle on the Spot: The Photographs of Al Smith.

Visit Seattle on the Spot: The Photographs of Al Smith

HistoryLink.org: Seattle on the Spot: The Photographs of Al Smith