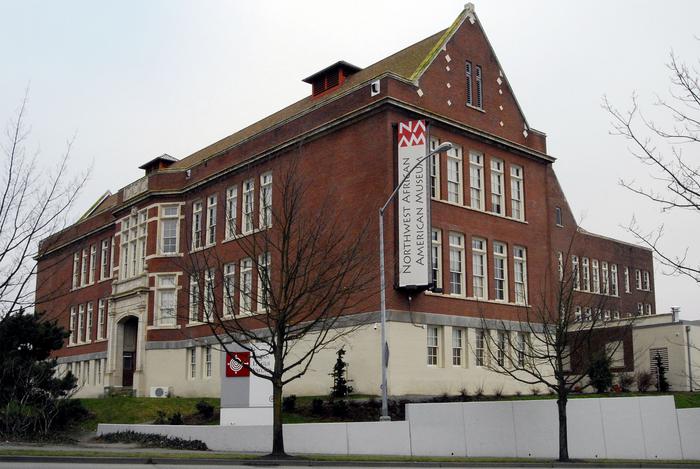 The former Colman School building, which has housed NAAM since 2008.

African American Heritage Museum and Cultural Center was formed in 1993 as a nonprofit, with support from the City of Seattle. The former Colman School building was purchased from the Seattle School District and the Northwest African American Museum (NAAM) opened its doors in 2008 to present and preserve the connections between the Pacific Northwest and people of African descent, and to Investigate and celebrate Black experiences in America through exhibitions, programs and events.

Case Study: Beyond the NAAM: The Melting Pot Legacy of the Colman School’s Transformation into the Northwest African American Museum (2019) by Tyrah Hannibal