The alumni community recognized their peers at the Nonprofit Leadership 25th anniversary celebration in 2019 by honoring three alums who have amplified the voices of others, advocated for social justice, and raised the power of the nonprofit and voluntary sector. 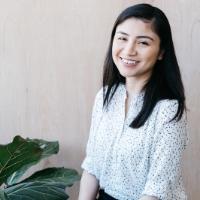 Marilyn has been awarded the 2019 Engage Alumni Alward as someone who amplifies the voices of others and is dedicated to creating an environment that encourages the involvement and engagement of the people most impacted by her work.

Marilyn is a “force to be reckoned with”. Today, she works with Rainier Scholars, a 12-year college prep program that cultivates the academic potential and leadership skills of low-income students of color. In recognition of her leadership, she was recently promoted to -- Associate Director of College Counseling and Career Development Manager for Middle and High School. Every day, she builds and sustains relationships not just with the students she serves, but also with their families and caregivers. She often works with parents are marginalized by the education system. Through her daily actions, she affirms their involvement and importance in their children’s education.

Marilyn’s leadership work is rooted in her own history and identity, and she is dedicated to supporting the Latinx community. She has served as a mentor and colleague to emerging Latina leaders. As a new mother, she is determined to be an example for her daughter. She takes daughter to rallies that fight against unjust practices in immigrant detention centers and marches for women's rights. Marilyn has traveled internationally to understand how different political systems embrace and support women’s leadership. She also serves as Vice-President of the Board of Girls on the Run Puget Sound, a connection she first made through her practicum with Nonprofit Leadership. 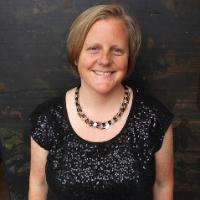 Katie has been awarded the 2019 Advocate Alumni Award as someone who amplifies issues and advocates for social justice.

Katie is “a trailblazer, “an amazing advocate, who absolutely merits this award, and “a decent and kind human being, a beautiful friend, family member, and person.” Katie is skilled at framing and communicating issues, developing creative approaches, and delivering strategies that lead to action and transformation. For more than two decades, Katie has demonstrated her commitment to investing in the leadership of people around the world. As Regional Director with NPH, Katie helped launch a Leadership Institute for young leaders from Central America and Haiti. Today, as West Coast Director for OutRight Action International, she works to advance human rights for LGBTIQ people everywhere. She and her colleagues are providing tangible support to local activists all over the world, conducting and disseminating research on the status of LGBTIQ rights, and holding governments accountable through advocacy at the United Nations and beyond.

Katie sees advocacy as an essential part of her leadership. One of her earliest professional roles was working on Harvey Gantt’s campaign for Senate in North Carolina. She also recognizes the importance of building and sustaining a network of relationships. The power and admiration from her network were made clear in the flood of social media comments that came in when we announced this award. 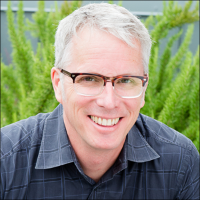 Paul has been awarded the 2019 Impact Alumni Award as someone who amplifies the power of the nonprofit and voluntary sector.

Paul has "a fabulous combination of skill, focus, vision, courage, and perhaps most importantly, fun.” Paul has a long history of amplifying the power of people and of the sector over the course of his career. He started his career as a canvasser and organizer for the League of Conservation Voters. He has raised money for many organizations focused on the performing arts, science and education. He helped to build Pride Foundation in the early 1990s. He has worked for many years for the Wilburforce Foundation, a private philanthropic organization that supports land, water, and wildlife conservation efforts in Western North America, and was recently promoted to Executive Director.

Paul has played a key role in building the capacity of the nonprofit and philanthropic sector serving on the Advisory and governing Boards for Center of Effective Philanthropy. He also served on the Board of the Environmental Grantmakers Association. Paul leads with confidence and compassion and he cultivates and inspires leadership in others.