We turned to experts for advice on how to help thousands of active-duty servicemen and servicewomen return to civilian life and prevent the fast-growing numbers of family homelessness among veterans. 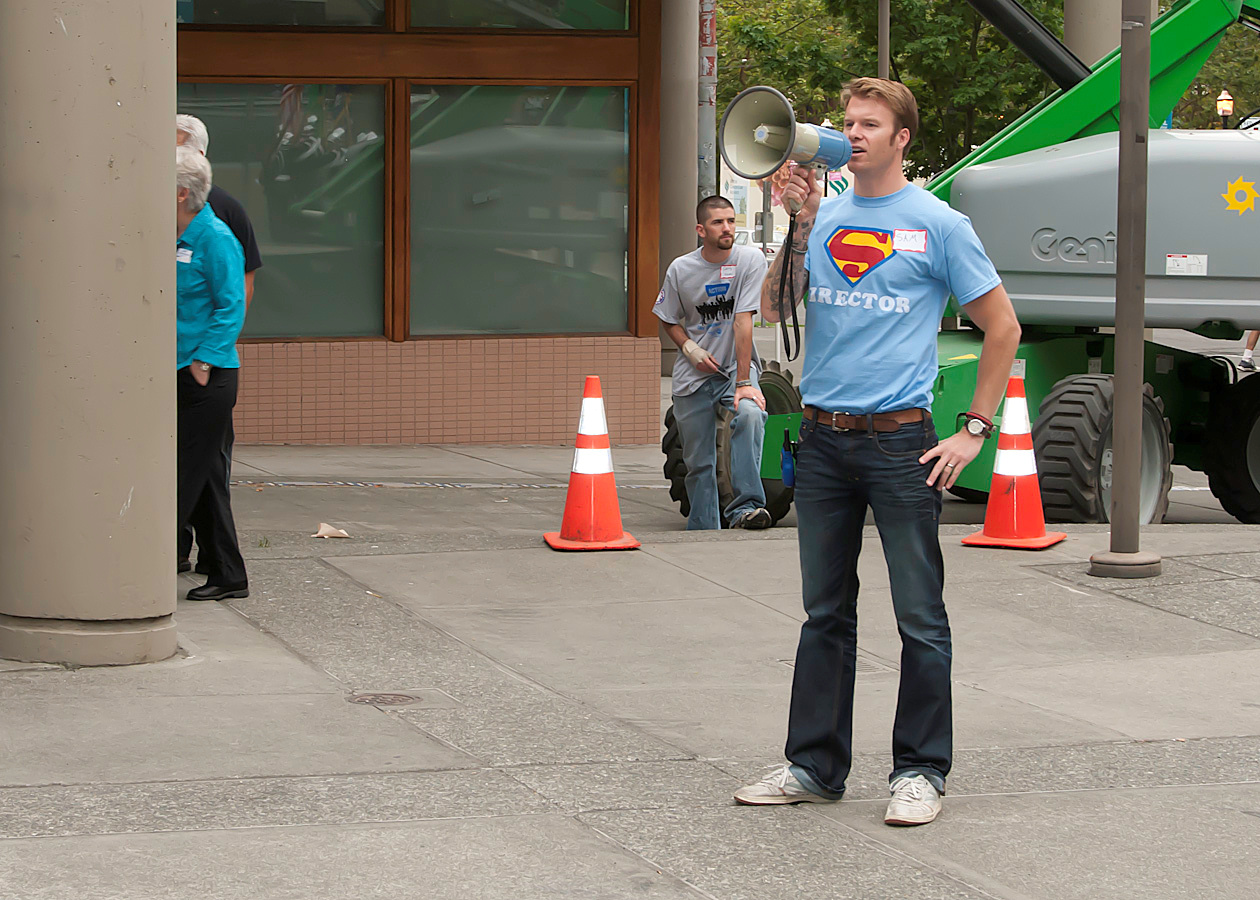 Young veterans, including members of the Seattle U Veterans Committee, drove this event, which served 300 veterans.  Seattle U junior and Strategic Communications major Samuel Barrett served as director.

Mr. Woodruff talked about the needs of our veterans and their families, and met with student veterans and others.

In January 2006, Woodruff had just been named co-anchor of ABC-TV’s “World News Tonight,” replacing the late Peter Jennings, when his life changed in an instant:  He was seriously injured in a roadside bombing in Iraq.

Woodruff’s experience as a survivor of traumatic brain injury (TBI) and as an embedded reporter with U.S. troops led him to ask:  With so many soldiers returning home to face life-altering healthcare and mental health issues, a high unemployment rate and even homelessness, are we doing all we can to serve our nation’s veterans and their families?

His talk was followed by a panel discussion/"Town Meeting" on the needs of veterans and their families, and moderated by Bryan Johnson, senior/correspondent/analyst, KOMO 4 News.  Panelists, in addition to Mr. Woodruff, were all veterans with a specific expertise: