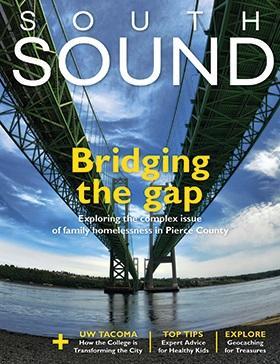 Our Journalism Fellowship on Family Homelessness for Pierce County, Wash. was awarded to acclaimed independent journalist Jeff Burlingame in 2012. Jeff's in-depth report, "The State of Family Homelessness," was published in South Sound magazine in the August-September 2013 issue.

The series follows the lives of several Pierce County, Wash. families. They include:

It also examines the scope of the problem in Pierce County and analyzes the success of efforts there to combat homelessness among families.

The series won the prestigious national Sigma Delta Chi Award from the Society of Professional Journalists, for Public Service in Magazine Journalism, in 2013.

To request a reprint of the series, please e-mail us at hinrichc@seattleu.edu.

For a look behind the scenes at the development of this series, read this reflection by editor Lisa Patterson, which was published in the "Impatient Optimists" blog of the Bill & Melinda Gates Foundation.