“A typical day for me at Boeing can be as diverse as the weather in the Pacific Northwest,” said Jonathan Standridge, Liberal Studies major, class of 1997. Strandridge, Boeing's 737 Program Employee Involvement Lead, works with more than 600 employee involvement teams as a trainer, coach, and mentor.

“We understand that we need to get better,” Standridge emphasized. “We need to make a better airplane. We need to make it quicker, save costs, and keep quality high. The people who know best how to do that are the people who work on the airplane day to day. They see where improvements can be made. With empowerment comes responsibility. My job is to help our employees take the passion that comes with that ownership and put all that creativity into moving us forward as a company.”

Standridge spends most of his time meeting with individuals, including top-tier executives, to address employee and management concerns. He also trains employees to be effective members and leaders of employee involvement teams. In his recent Facilitation 101 class, for example, individuals from all over the company learned how to bring people together, focus on a common goal, and use tools to deal with conflict. The two-day intensive class gave employees ample time to discuss issues and practice what they learned.

As a teen, Standridge struggled with drug addiction before joining the Navy. During boot camp, an officer gave him a second chance to get clean and sober, and realizing that opportunity, Standridge turned his life around. He returned to civilian life eight years later, attended community college, and found his way to Seattle University. Standridge was hired at Boeing right after graduation.

“Liberal Studies had the balance I was looking for,” he recalled. “It’s not looking at a problem through a single lens but taking a problem, an issue, or an opportunity and looking at it through multiple lenses.”

“You see the multiple influences that will be on your life and the lives of those around you as you go through the educational experience,” he added. “That is the strength of Liberal Studies. It’s not clear cut.”

While a student, Standridge worked in an after-school program, experiencing what it meant to be a mentor and building relationships with students and their families. By his senior year, he sought a career where he could put into practice his multidisciplinary education, understanding of systems, and problem-solving skills.

Standridge joined Boeing in a coaching position. He has worked in various units--defense and space, shared services group, intellectual property and information protection, and engineering-- earning a master’s degree in project management along the way.

Outside of Boeing, Standridge mentors teens in high school in addition to the famous “Barefoot Bandit,” who is still in prison, a model in New York City, and disabled veterans.

“It’s about helping people find their way,” he said. “People have come alongside me and have helped me, and it’s my responsibility then to pass that forward. My philosophy is changing the world one person at a time, and it is through mentorship that I intend to do that.” 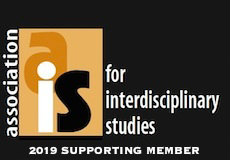