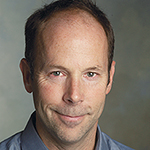 He oversees the editorial content of a print magazine for more than 13 million subscribers on four continents, an online version, an app, and an annual cookbook run of three million. For The Costco Connection editorial director Tim Talevich '78, each day brings a new challenge.

“When I come to work, I have a plan,” Talevich said from Costco headquarters in Issaquah, WA, “but part of the plan is unplanned.”

With a staff of 30 in-house reporters, graphic designers, circulation managers, and production people, as well as a full complement of freelancers, Talevich is responsible for producing relevant and fresh content for The Costco Connection monthly print magazine, an online version, and an app for mobile devices.

“We are looking at new products, new trends, and what’s going on in organics and sustainability that are on the minds of consumers,” he said. “We want to help them make the best decisions with their hard-earned money, whether it is for a product or service.”

Talevich rose in the editorial hierarchy of Costco after starting there as a freelance writer. It was a natural progression for Talevich, who began his career in writing while still in high school and decided to major in English at Seattle University. His English degree led to a master’s in journalism from the University of Oregon, experience in regional newspapers in the Northwest, and freelancing for Costco.

When Costco expanded in the mid-1990s, Talevich joined the staff as a reporter. He gradually became involved in international editions, added editorial responsibilities, and took on more management.

“It’s been 20 years of stepping up, and it’s always been a new challenge and professionally fulfilling,” he said.

The Costco Connection features articles on money management, travel, new books and films, products sold in Costco stores, and interesting stories that involve members. Although Talevich has interviewed movie stars and celebrities, including Bill Gates Jr. and Bill Gates Sr., his most interesting interview was with former President Jimmy Carter on the publication of his novel, The Hornet’s Nest, in 2001. The story is a historical fiction about the early stages of the Revolutionary War in the South, when often neighbors were pitted against neighbors in horrific battles.

“Knowing the former President’s deep moral convictions about violence and war, I asked him ultimately if the rebels were justified in taking up arms against the British,” Talevich said. “Mr. Carter paused, giving the question a deep thought, and finally responded that indeed the violence was justified because the British had been so brutal to the settlers. After his answer, we both stayed silent for a few moments.”

In addition to the magazine and its multiple versions, Talevich manages the editorial content of a yearly cookbook with a print run of three million. The most recent cookbook featured 244 recipes and went “like hotcakes” when it came out after Thanksgiving.

Although the days are often long and hectic, Talevich takes great satisfaction in working as part of a team in a successful enterprise. He acknowledges that he has been lucky to turn his passion into a rewarding career. He has this advice for students: “You have to leverage the experience you’ve got in college and then go to the next step. If you love English, then decide if you want to write and then figure out ways to write. Know and appreciate your passion, take what you’ve learned and find new ways of adapting it.”