Welcome again to all our new MACJ students as well as our returning MACJ students. I hope you have had a great Fall quarter! For all the new and continuing MACJ students, as Graduate Director of the MACJ program, I am always available to meet with you if you need advising in the form of course selection or career advice. Please do not hesitate to contact me at any time. All new MACJ students will have a formal advising meeting with me in Winter quarter to plan your academic career at SU and post-graduation success.

It is with a heavy heart that we report that our former colleague, Father Michael Kelliher, passed away on Thanksgiving. For those who do not know him, Fr. K was one of the co-founders of the undergraduate CJ program, and he worked at SU for 40 years! If you never had the good fortune of taking one of his classes, he taught several classes in our curriculum including the Polygraph and the Restorative Justice class. A fun fact about Fr. K is that, to our knowledge he was the only certified Jesuit polygraph examiner in the nation. He will be greatly missed and we will do our due diligence to carry on his legacy into the future.

Unfortunately, we also lost two other wonderful souls this Fall quarter: MACJ alumna, Sadora Anderson (2011) and new MACJ student, Kaisha Chu. Sadora was a dedicated mother of two boys and was an alumna of both the undergraduate and graduate Criminal Justice programs. At the time of her passing, she was employed with the King County District Court. Kaisha, a star soccer player in Hawaii, joined the MACJ program in Fall 2016 after graduating from Hawaii Pacific University with a degree in Criminal Justice. We were just getting to know Kaisha, but we were already in awe of her strong speaking and writing abilities and admired her enthusiasm and beautiful smile. Our thoughts and prayers go out to both families for their tremendous loss.

On a lighter note, the Criminal Justice Department strongly encourages you to present/attend conferences as part of your education at SU. Attending conferences allows you to stay abreast of the current research and issues in discipline as well as affording you the opportunity to build a strong set of networks. The majority of the faculty and many students are attending the Western Society of Criminology Conference in February in Las Vegas. Dr. Hickman is the President of the organization. There is a small travel stipend for which you can apply to help you finance your attendance. Please contact Devin for an application. We hope to see you there.
Have a wonderful holiday break! 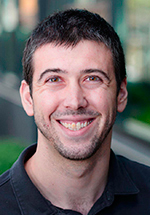 Matt Thomas graduated from Oregon State University in 2012 with a B.S. in Psychology and a B.S. in Sociology with an emphasis in Crime and Justice.  After attempting employment with a few law enforcement agencies, he decided to return to school and continue his education.  He chose Seattle University for two reasons: the MACJ curriculum and the experienced faculty.  Both were a seemingly perfect fit to help him with his future goals and he had always wanted to live in Seattle.  Matt’s interaction with various faculty helped shape his career aspirations and gave him the idea of applying to the Seattle Police Department.  Additionally, the program gave him the unique opportunity of working as an intern at the Seattle Police Department’s East Precinct, where he assisted with the implementation of a new initiative and acted as a liaison between the precinct and the community.

Matt graduated with his Master of Arts in Criminal Justice in June of 2016 and was hired by the Seattle Police Department shortly after.  Currently, he is attending the Washington State Criminal Justice Training Commission where he will receive his certification as a police officer in December of this year.  He hopes to someday work on the Community Police Team or as a Canine Officer. 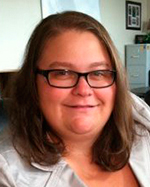 Colleen McIngalls is the current Director of Victim Services at Victim Support Services (VSS) --formally Families and Friends of Violent Crime Victims-- a nonprofit victim advocacy organization based in Snohomish County. VSS serves the greater Puget Sound region with in-person advocacy, as well as operates the Crime Victim Service Center Hotline for Washington State. Colleen earned a BA in Human Services from Western Washington University prior to completing her Masters in Public Administration from Seattle University with a concentration in nonprofit management and governance. Her capstone project was titled, “Victim centered response to incidence of mass violence: A guide for service providers.”

Colleen joined VSS in 2007 and has provided advocacy services to victims of crime for over 10 years. She has a wealth of experience working directly with victims of crime, supporting them from the moment a crime happens, through the criminal justice system and beyond. Colleen developed the Finding Light After Darkness (FLAD) homicide support group model and has conducted facilitator trainings as well as consultation to other organizations across the nation who are interested in implementing the FLAD model.

Colleen is a native of the Puget Sound area, raised on the Eastside of Seattle. She enjoys all that the Pacific Northwest has to offer including camping, hiking, local eats and craft beer, as well as anything that involves our beautiful bodies of water. 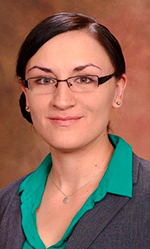 Tia Squires was born in Everett, Washington and grew up in Hamilton, Montana. She spent five years in the military where she began considering a career in the criminal justice system, as she felt enamored with the concept of justice. Tia graduated with a Bachelor of Arts in Law and Policy and Criminal Justice with a minor in Human Rights from the University of Washington. As an undergraduate, she began seeking out ways to get more involved with advocacy work and soon began volunteering with the Court Appointed Special Advocates (CASA) for Pierce County. After becoming a CASA she decided to continue her education at the graduate and professional level while continuing to volunteer. Tia applied to and began a joint degree program at Seattle University in order to pursue a Master of Arts in Criminal Justice as well as the Juris Doctor degree program at the School of Law. Tia’s career goals include working as a prosecutor fighting for social justice on all fronts while volunteering with vulnerable populations.

Currently, Tia is a Research Assistant with Dr. Helfgott and Dr. Gunnsion for the Seattle Women’s Reentry program. In conjunction with numerous Seattle-based partners, the program’s focus is to enhance reentry services for women released from the Washington Corrections Center for Women to King County and the greater Seattle community. The overall goal is to provide a continuum of care by ensuring that women have effective strategies and coping skills with a focus on self-efficacy and success to support reentry. Thus far she has spent much of her time developing a database of all available resources within King county and other areas of Washington State that might assist in a smooth transition from incarceration to community. She has also recently completed training that will enable her to participate in interviews with at risk populations to help establish the needs of the individuals.

In her free time, Tia enjoys spending time with her family, playing with her black lab, reading, and hiking.