Featuring a presentation by Chin-Hao Huang about his recently published book with David Kang, “State Formation through Emulation: The East Asian Model” (Cambridge University Press, 2022).  Neither war nor preparations for war were the cause or effect of state formation in historical East Asia. Instead, emulation of China—the hegemon with a civilizational influence—drove the rapid formation of centralized, bureaucratically administered, territorial governments in Korea, Japan, and Vietnam, all of which occurred a thousand years earlier than Europe. Furthermore, East Asian countries engaged in state-building not to spur conflict or to suppress revolt. In fact, war was relatively rare and there was no balance of power system with regular existential threats—the longevity of the East Asian dynasties is evidence of both the peacefulness of their neighborhood and their internal stability. Huang and Kang challenge the assumption that the European experience with war and state-making was universal. More importantly, they broaden the scope of state formation in East Asia beyond the study of China itself and show how countries in the region interacted and learned from each other and China to develop strong capacities and stable borders.

Chin-Hao Huang is associate professor of political science at Yale-NUS College. His research and teaching focus on Chinese foreign policy, the international relations of East Asia, and international security. He is the recipient of the Lee Kong Chian National University of Singapore-Stanford University Distinguished Fellowship on Contemporary Southeast Asia (2018-2019) and the American Political Science Association’s Foreign Policy Section Best Paper Award (2014). Huang’s latest research has been published in such disciplinary and field-relevant journals as International Organization; Cambridge Review of International Affairs; Foreign Policy Analysis; The China Quarterly; and Asian Survey, among others. He is the author or co-author of three books, including his latest manuscript, “Power and Restraint in China’s Rise” (Columbia University Press, 2022).

Presented by Seattle University College of Arts and Sciences and Asian Studies.

Thanks to a generous contribution by Dr. Peter Lai Sun Lee ’64, Seattle University established the Peter L. Lee Endowed Lectureship in East Asian Culture and Civilization in April 2015. Housed in the College of Arts and Sciences and managed by the director of Asian Studies, the lectureship brings to campus prominent experts to explore the impact of East Asian thought and tradition on contemporary global issues.

“The Peter L. Lee Endowed Lectureship is designed to be interdisciplinary,” said Arts and Sciences Dean David Powers. “It will allow us to engage our students with sociohistorical context and pressing issues related to East Asian studies, modern languages, international business, comparative religion, and many other areas.”

Dr. Lee, who majored in chemistry, was one of the earliest international students to come to Seattle University from Hong Kong. Early in his career, he served as the first President of Coca Cola China. Subsequently, he led the Asian operations for several multinational companies including Mead Coated Board (then part of Mead Corporation) and Chesapeake Corporation. His most recent venture is Rondabosh International Ltd., a company he founded upon retiring from Chesapeake in 2008.

Dr. Lee received his PhD in chemistry from Michigan State University, did postdoctoral research at New York University, and studied with the great China scholar Joseph Needham at Cambridge University. He has had a longstanding association with the East Asian History of Science Foundation in Hong Kong and currently serves as its chairman. Throughout his academic, corporate, and nonprofit leadership involvement, Dr. Lee has worked tirelessly to build bridges of understanding between China and the West. 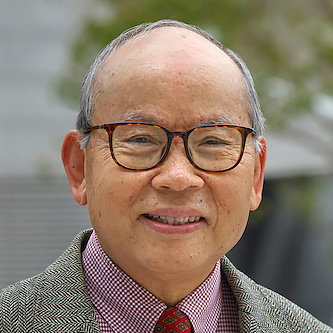 Read more about his contributions to Seattle University

Watch the video of the 2018 Peter Lee Lecture with Dr. Robin Yates.