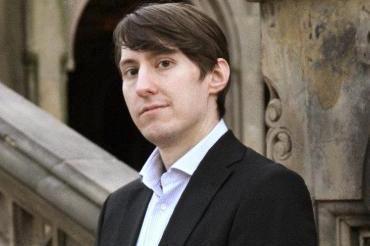 Called "Superb" by the Boston Globe , pianist Stephen Olsen commands a wide range of repertoire, from the standard recital and concerto repertoire to the music of our time.

Active as a soloist and chamber musician – and as a teacher, including on the faculty of the Greenwich House Music School in New York CIty - Olsen has worked with some of the esteemed composers of our time, including Helmut Lachenmann, John Luther Adams, Jonathan Harvey, and Michael Finnissy. He has appeared with many new music ensembles, including the Fromm Players at Harvard, the Callithumpian Consort, the Seattle Modern Orchestra, the Stony Brook University Contemporary Chamber Players and the Ludovico Ensemble. Solo engagements have included world premieres of works written for him by Michael Finnissy, as well as performances at the Gardiner Museum in Boston, Lincoln Center's Bruno Walter Auditorium where he performed John Cage’s Sonatas and Interludes for prepared piano accompanied by dance, and the New England Festival of Electronic Music.

A native of Renton, Washington, Olsen holds a Master’s degree and Graduate Diploma from the New England Conservatory and a Doctor of Musical Arts degree in piano performance from Stony Brook University. He earned his Bachelor of Music degree in piano performance from Western Washington University in 2004. His most influential teachers have included German Diez and Stephen Drury, both students of the esteemed pianist Claudio Arrau, as well as Jeffrey Gilliam and Margaret Brink.

Tickets on sale online at: