Welcome to the Centennial Fountain

Site #2 of the Campus Art Walk

The Campus Art Walk will guides you from the Lee Miley Rain Garden on a looped tour through campus. At each site, scan the Art Walk QR code to access a selection of works created during COVID19 by students from SU’s Theatre, Music, Film, Visual Art and Creative Writing programs. 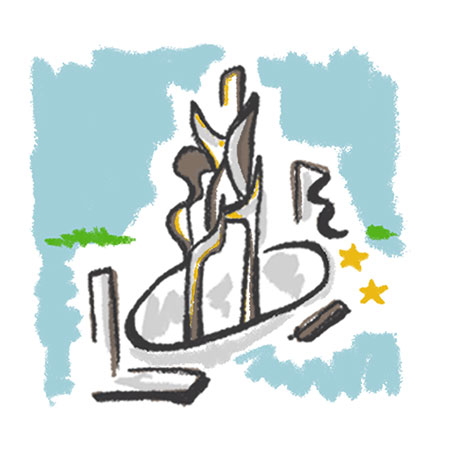 You are now standing in “the Quad”; a favorite spot for students and the home of George Tsutakawa’s Centennial Fountain.  From an essay on the early days of lockdown to the timeless work of William Shakespeare, the collection you’ll experience here reflects Tsutakawa’s ode to time, humanity, and to “life as the great continuing cycle of all things” (Universty of Washington Press).

From nature to travel to everything in between, creative nonfiction offers writers opportunities to reflect on their environment and experiences in deeply descriptive personal ways. These example mini-essays emerged during our shared experimentation with voice and form in the Creative Writing Program's fall 2020 section of our course Writing Creative Nonfiction.

Twelfth Night was part of Uncharted Waters, a unique on-line collaboration between Seattle University, Cornish College of the Arts, and the University of Washington. Seattle University’s Rosa Joshi (Bring Down the House, Oregon Shakespeare Festival, upstart crow collective) directed William Shakespeare’s Twelfth Night, while Cornish College of the Arts’ Sheila Daniels (Indecent, Seattle Rep; The Wolves, ACT Theatre) and UW Drama alum Porscha Shaw (Nina Simone: Four Women, Seattle Rep; Saint Joan, ArtsWest) co-directed a devised piece Bodies of Water that was in conversation with Shakespeare’s play. Both productions featured acting and design by students and faculty from all three schools, and both were rehearsed and performed entirely online, as the three school came together to meet the challenges of isolation with radical togetherness.

The Seattle University Choirs (Dr. Leann Conley-Holcom, Director of Choral & Vocal Activities; Dr. Lee Peterson, Assistant Director & Pianist) proudly present Karen Marrolli's TO DUST. This performance is a tribute to the longstanding annual tradition of a choral concert during Winter Quarter honoring the Christian liturgical season of Lent, and this text has been especially poignant during this difficult season as our University community and the world cope with the myriad impacts of the COVID-19 pandemic. 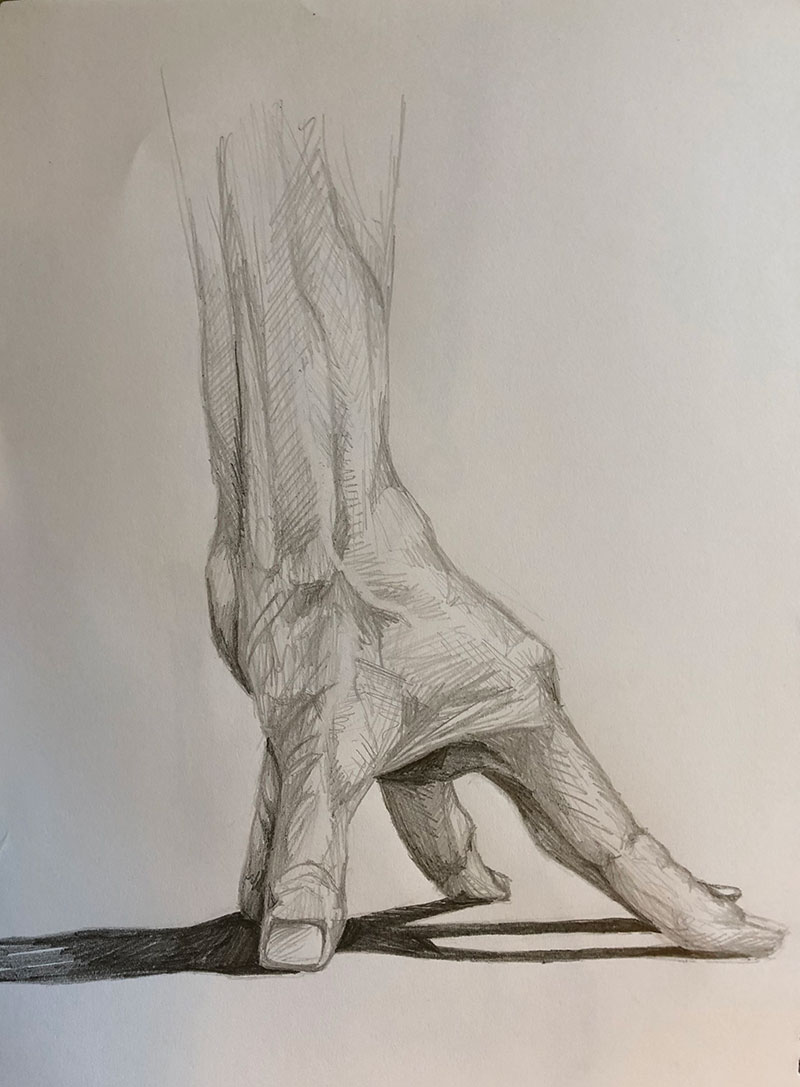 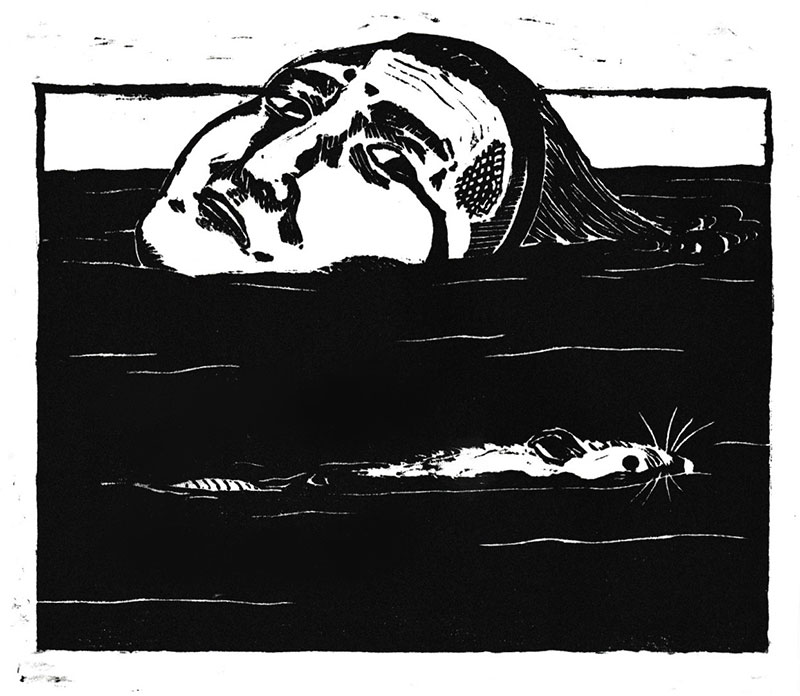 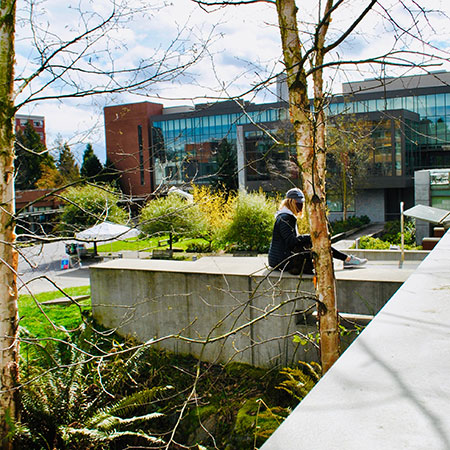 Site #3, Lemieux Library:  “Across the millenia”

Head towards the south west corner of the Quad where an accessible path will lead you under the Engineering building breezeway and across to the upper deck of the Lemieux Library. 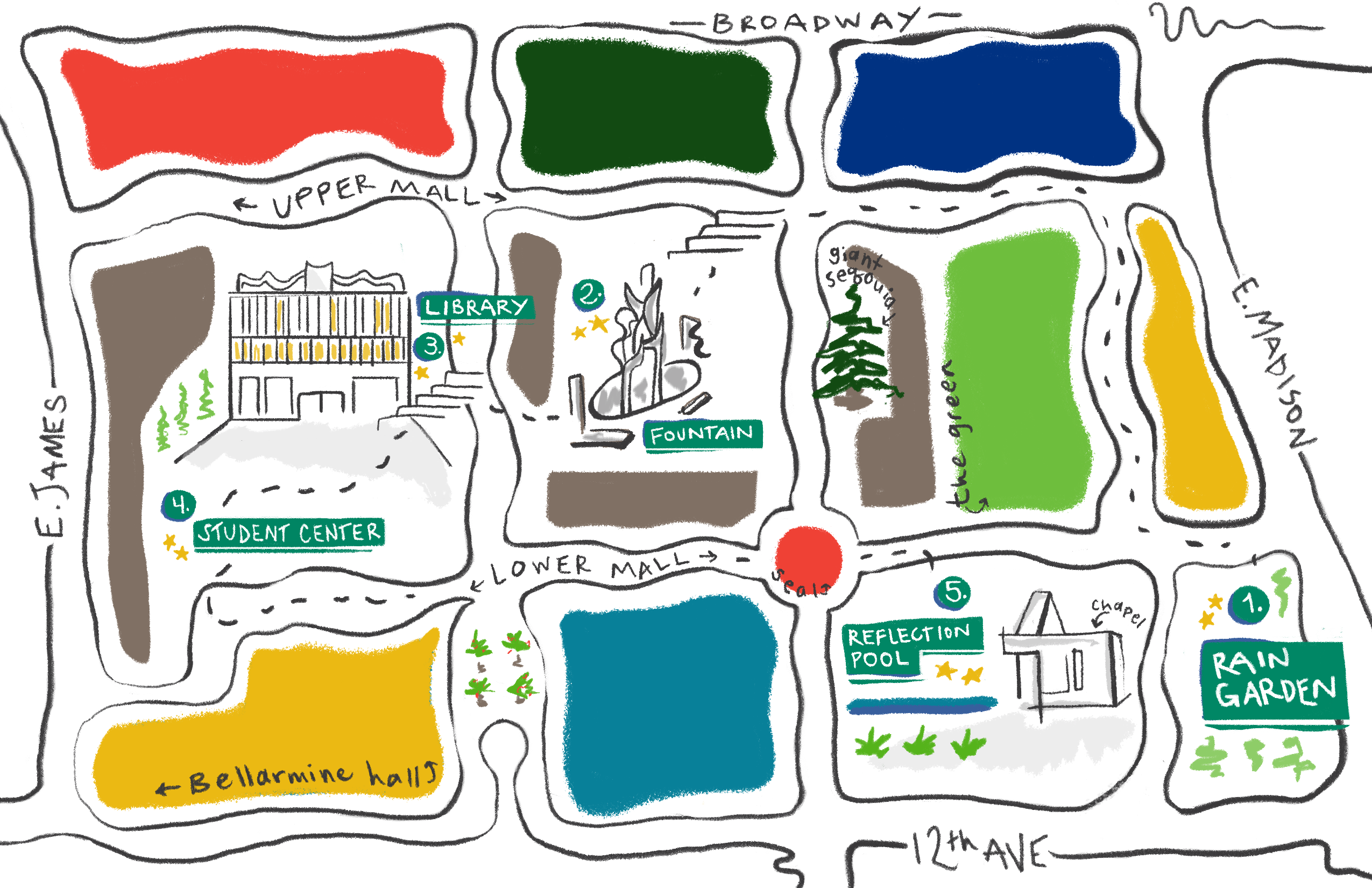