In June, UCA President P. José Alberto Idiaquez, SJ, will receive an honorary doctorate from Seattle University at the undergraduate commencement. An accomplished scholar and academic leader, Fr. “Chepe,” as he is known, has done fieldwork with indigenous and marginalized communities in Honduras, Panama and Nicaragua. 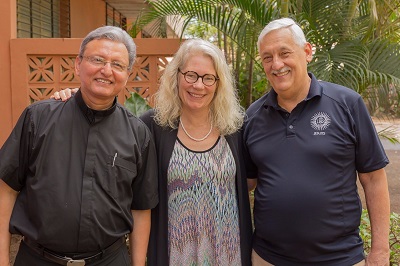 NPR broadcast a story about Father Chepe recently, including an interview with his niece, who currently lives in Seattle, and Dr. Serena Cosgrove, Director of Seattle U's Central America Initiative. You can listen to the interview here.

On January 9, 2019, the UCA announced that the government had cut their annual government funding by 30 percent, resulting in a reduction of their annual $16 million budget by $2.5 million. While the UCA has reopened and classes resumed in January, enrollment has decreased by 50 percent given the high levels of insecurity and fear. The university is projecting a 50 percent budget deficit for 2019 but has decided to seek interim bridge loans in the short-term and create a fundraising office in the mid-term rather than implement massive layoffs. Funds that were raised in the US and Europe will be used for student scholarships but there is still far to go to make up for the cuts.

Following this announcement, Dr. Cosgrove traveled to Managua, participating in several meetings with Fr. Chepe, members of the UCA cabinet, and the Superior General of the Society of Jesus, Father Arturo Sosa. She also had the opportunity to meet the U.S. Ambassador to Nicaragua Kevin K. Sullivan to communicate the concern of the 28 Jesuit universities in the U.S. regarding the situation in Nicaragua and the UCA, in particular.

“The Father General has been very concerned about the situation in Nicaragua, in general, and the challenges the UCA has been facing, in particular, since last year,” says Dr. Cosgrove. “But given that Fr. Chepe, the rector of the UCA, has received multiple death threats from sources close to the government, Fr. Sosa decided to include Nicaragua in his plans to visit Central America.” 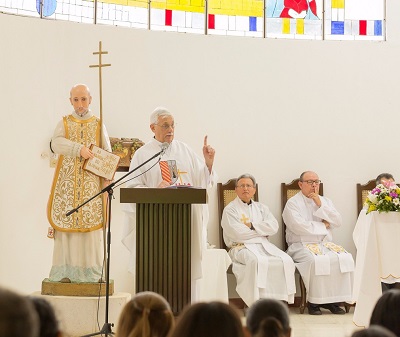 She also attended a mass conducted by the Superior General at Colegio Centroamericano (one of whose students has been killed by police.)

Dr. Cosgrove found an odd tension in Managua, the capital of Nicaragua, during her stay. During the day, she saw cars, trucks, and buses moving around the city like ‘normal,’ even people out on foot. However, police, riot police, and the paramilitary are stationed around the city. The national economy has been seriously affected, and tourism, once a thriving industry, has contracted significantly; there are no tourists in Managua.

Universities in the city are open. In the public universities, controlled by the government, all students are searched entering and leaving. At the UCA, police and paramilitaries maintain an around-the-clock presence near the campus and surrounding neighborhood. They stop students and search them.

“Carrying a Nicaragua flag or having a Facebook page that is critical of the government is sufficient cause for arrest. People are afraid to carry their cell phones in public,” said Dr. Cosgrove. “Multiple times I heard people say that they fear there will not be a negotiated settlement to this situation due to the fact that Daniel Ortega, the president of the country, is a fighting man, not a negotiator. “Es un hombre de balas” (He is a man of bullets).”

The people of Nicaragua have faced an ongoing crisis since April 2018 as repressive government tactics have subdued peaceful civilian demonstrations, leading to more than 500 deaths, 1,000 people who have disappeared, and an additional 4,000 people injured. Over 700 political prisoners, many of whom are young college students, are being held by the government, accused of terrorism.

Dr. Cosgrove and others in the Jesuit community are particularly protective of Fr. Chepe, who has been outspoken in his support for students. “By raising his international profile, we believe that we can provide additional protection,” she said. “We nominated him for a significant humanitarian award from the Latin American Studies Association. He will travel to Boston in May to accept the LASA/Oxfam America Martin Diskin Memorial Lectureship. Dr. Cosgrove and Fr. Chepe are also co-authoring a book, “Surviving the Americas: Garifuna Persistence from Nicaragua to New York City, due out from University of Cincinnati Press in 2020. 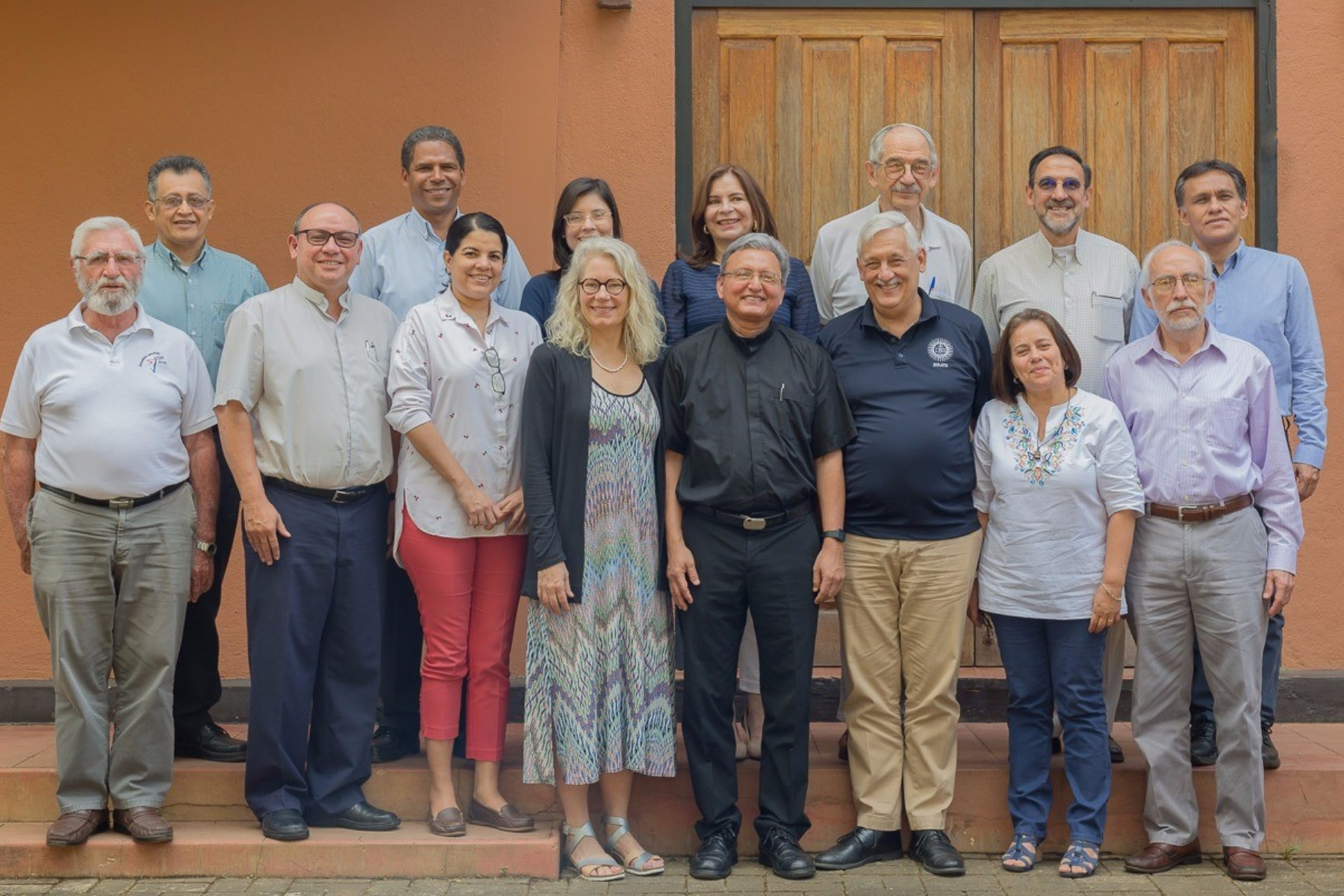 Seattle University has promoted solidarity with the people of Nicaragua and colleagues and students at UCA along with other Jesuit universities, beginning with a public statement on April 26, 2018. On May 4, the Association of Jesuit Colleges and Universities, to which Seattle University is a member, issued a statement condemning the violence and in support of the UCA. In June 629 members of the Seattle U community signed a letter of support and solidarity. As UCA has experienced cuts and delays in the financial support provided by the Nicaraguan government, last December Father Stephen Sundborg, SJ, made an emergency appeal for scholarship support for UCA students which raised $50,000.

Seattle University has welcomed five UCA students to campus this year, allowing them to continue their education. (The students’ names are not being released to ensure their safety.)

Those interested in supporting UCA students and/or the Central America Initiative may make donations here:

Seattle University formalized our longstanding and special relationship with the Universidad Centroamericana (UCA) in Managua, Nicaragua, in 2014. That partnership is now an integral part of Seattle University’s Central America Initiative, led by Serena Cosgrove, PhD, as faculty coordinator.  However, since mid-April 2018 when wide spread protests against government corruption led to a government repression, the UCA had to remain closed given the dire security situation until very recently.