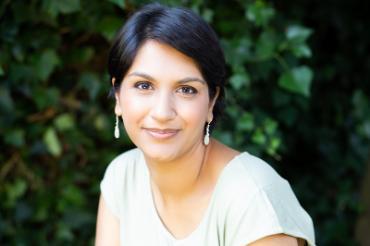 Award-winning science journalist, author and broadcaster Angela Saini talks with Seattle University faculty member and journalist Ruchika Tulshyan about her latest book, Superior: The Return of Race Science, which explores the murky history of race science and the ways in which it is being resurrected in the 21st century.

Combining science, history and politics, she explains how race maps out biologically, the abuse of the idea of race, and how those on the far right are attempting to repackage racism.

Superior: The Return of Race Science will be available for purchase at the event and Ms. Saini will sign books following the program.

Read about the book here.

Sponsored by Seattle University’s Core Curriculum, College of Arts and Sciences, and College of Science and Engineering.

Angela presents radio and television programmes for the BBC, and her writing has appeared across the world, including in New Scientist, The Guardian, The Sunday Times, Wired, National Geographic, among others.

Angela's latest book, Superior: The Return of Race Science, was published by 4th Estate in May 2019 to enormous critical acclaim. Inferior: How Science Got Women Wrong, was published in 2017, winning the Physics World Book of the Year. It has been translated into eleven languages. Her first, Geek Nation, was published by Hodder & Stoughton in 2011.

In 2018 Angela was voted one of the most respected journalists in the UK. In 2015 she won the American Association for the Advancement of Science's Kavli Science Journalism gold award for a BBC Radio 4 documentary about birdsong and human language. In 2012 she won the Association of British Science Writers’ award for a news story in The Guardian about the misuse of statistics in courtrooms. And she was named European Science Journalist of the Year by the Euroscience Foundation in 2009.

Angela started her career with ITN on its news trainee scheme, before joining the BBC as a reporter, where her six-month investigation into bogus universities featured on the flagship national News at Ten and won a Prix Circom European television news award.

She has a Masters in Engineering from Oxford University, and a second Masters in Science and Security from the Department of War Studies at King’s College London. Between 2012 and 2013 she was a Knight Science Journalism Fellow at the Massachusetts Institute of Technology. And she has given distinguished and keynote lectures at Yale, Princeton, Oxford and Imperial College London.

Angela is an advisory board member of the Royal Institution and the Manchester Museum of Science and Industry. In 2019 she was made an Honorary Fellow of the British Science Association.

Ruchika is an Adjunct Lecturer in the Communication Department at Seattle University. An award-winning journalist, Ruchika's work has been published in Forbes, The Seattle Times, Time, and The Wall Street Journal, among other publications. She is also the author of 'The Diversity Advantage: Fixing Gender Inequality In The Workplace' (Forbes, 2015/16).

Ruchika has reported from six cities across four countries. She also serves on the founding and editorial team of women-run-and-funded media website, The Establishment. Ruchika holds a B.S. Government and History (Joint Honors) from the London School of Economics and a M.S. Journalism from Columbia University's Graduate School of Journalism.

Previously, she served as an Adjunct Lecturer at University of Washington's Department of Communication.