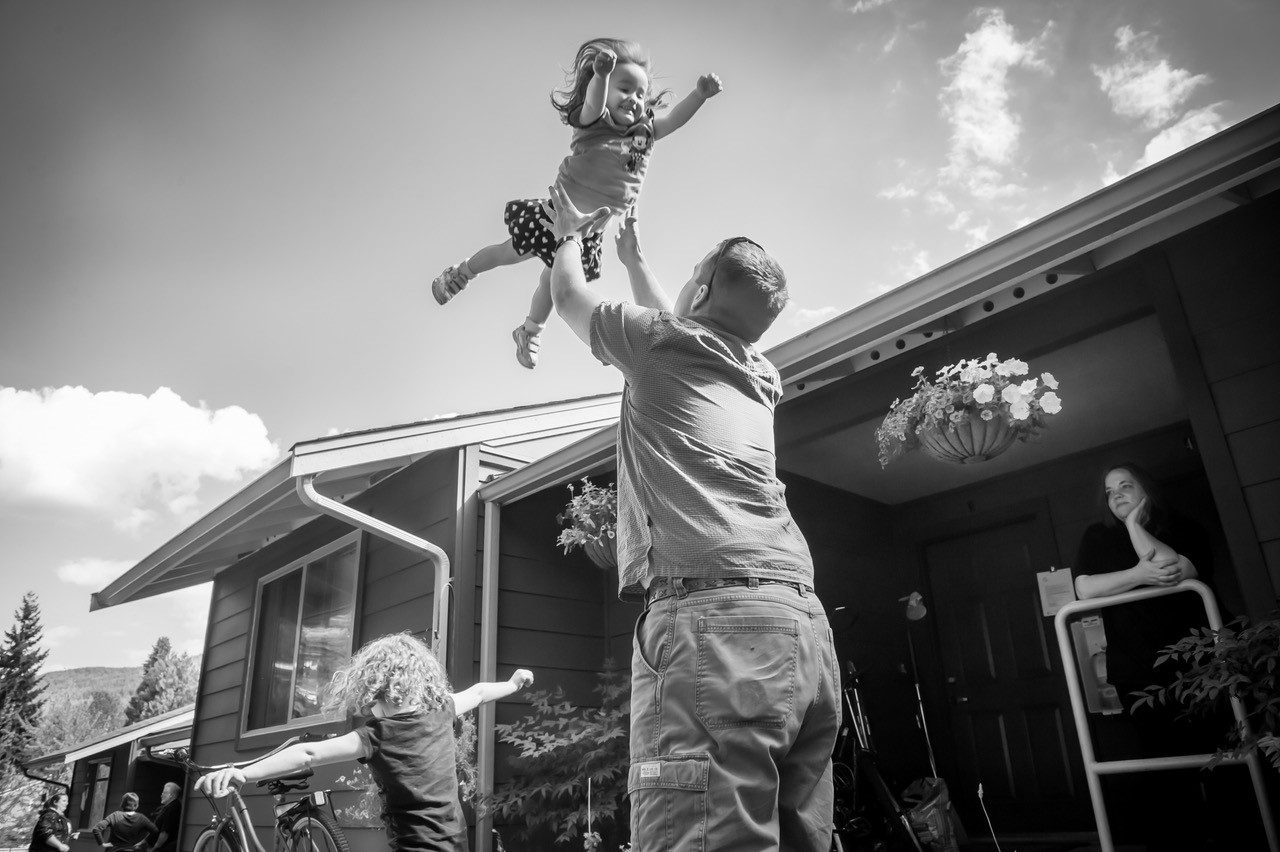 The Bill & Melinda Gates Foundation-funded initiative on family homelessness, which ended in August, is credited with raising awareness of the issue over the course of a decade.

One day in 2009, the phone rang in Barry Mitzman’s Seattle U office. It was a program officer from the Bill & Melinda Gates Foundation asking him if he would be interested in a grant. The foundation was seeking to increase public awareness and understanding of family homelessness, which was still largely unrecognized at the time, even though as many as a third the people experiencing homelessness in Washington state are families.

Mitzman, hired in 2007 to lead the Strategic Communications major and the Center for Strategic Communications at the College of Arts and Sciences, didn’t hesitate to say yes. The grant funded a series of journalism fellowships—a combination of news organizations and independent journalists—on family homelessness, something that had never been done. The center received nearly three dozen proposals, some of them so strong that the program was expanded to six rather than four fellows.

Thus, the Project on Family Homelessness was born with grant funding from the Gates Foundation beginning in 2010, with Mitzman as its first director. In 2016, Mitzman left Seattle U and was replaced by Catherine Hinrichsen, who took over the role of overseeing the project along with Larry Hubbell, PhD, with Seattle U’s Institute of Public Service.

Those six original fellows, and the two that followed later, produced award-winning journalism that cast new light on the hidden story of family homelessness. The work was commended by the Pew Research Center’s Project for Excellence in Journalism.

The project continued with a fellowship awarded to The Herald in Snohomish County and concluded with South Sound magazine in Pierce County.

“Our first grant to Seattle U was to create a journalism fellowship for reporters because at the time nobody viewed family homelessness as being an important issue in the region,” Kollin Min, senior project officer for the Gates Foundation’s Puget Sound Family Homelessness Initiative who oversees the grant.

Project staff provided support to the fellows and helped them to meet homeless families and service providers.

“Homelessness is among the top issues now, largely because the problem is worse and because of efforts like Seattle U’s to raise visibility around it,” says Min.

Now a decade later, the Project on Family Homelessness, which expanded far beyond the journalism fellowships, is winding down to a close at the end of August because grant funding is ending as planned.

This is a bittersweet time for Hinrichsen, an adjunct faculty member in Strategic Communications when Mitzman tapped her to run the project. Her position at Seattle U is also ending.

“Being part of the Seattle University community has been the highlight of my professional career,” Hinrichsen says, “especially working with our amazing students and helping them develop highly valued projects to serve our partners. As the mom of a new SU graduate, even though my work here is ending, my connection will be forever.”

“Catherine was the linchpin in bringing everyone together across the program’s 10 years: journalists, community organizations, community members, students and faculty,” says David Powers, PhD, Dean of the College of Arts and Sciences. “The Gates Foundation was a great partner and Catherine made all the parts come together.”

Adds Hubbell, “Catherine was critical in publicizing the plight of homeless families in the Seattle area.”

After its initial work casting a light on the issue through the journalism fellowships, the project shifted to advocacy and action.

“The key to our success has been our partnerships with advocacy organizations,” says Hinrichsen. “We helped build each other’s communications and advocacy capacity, learned best practices from each other and provided professional opportunities for the more than 20 students who worked as project assistants over the years.”

A portfolio of the work can be found here. This month the Project is featuring a look back on its advocacy work via its Twitter feed.

Some highlights of work on behalf of nonprofit partners from the decade include hosting film screenings and creating viewers’ guides; using data to tell the stories of homelessness, such as the first-ever infographic for the Point in Time Count in 2016 and infographics on student homelessness for many years; helping found Higher Ed on Homelessness, an inter-university collaboration of faculty, staff and student leaders at local universities; and putting homelessness onto the 2017 mayoral and 2019 City Council campaigns policy agendas, through a mayoral candidate debate, Voters’ Guides and public forums. In 2018 and 2019, the project worked with The Seattle Times Project Homeless team to host popular community storytelling events about personal experiences of homelessness. Recently, the project helped with the public launch of the proposal to end chronic homelessness in King County by the Third Door Coalition, founded and co-chaired by Associate Professor Sara Rankin of the SU School of Law.

In all, the Gates Foundation grants to Seattle U totaled $2.6 million, including $775,000 over five years to the School of Ministry and Theology for a separate Faith and Family Homelessness project to raise awareness and advocacy of the issues among the region’s faith community, led by Lisa Gustaveson, ’99 MNPL. Another grant to the Communications Department for the Film & Family Homelessness project, led by Lindy Boustedt, former University Advancement staff member and filmmaker, was modeled on the journalism fellowships and enabled local filmmakers to create four animated short films on family homelessness.

Min praises the university and the faculty, staff and students who have been involved in the past decade for raising awareness of family homelessness through its advocacy, communications work and coordination with other groups. Gates launched its initiative at a time when family homelessness barely registered on the public radar.

The initiative is ending because it is never the foundation’s intent to provide resources on an unlimited and ongoing basis, said Min. The goal is for the funding and projects to catalyze activity that can be continued using other resources. Still, the extensive collection of stories, data visualizations and action-step tools the funding supported will continue to serve as a resource to partners.

Hinrichsen said one of the project’s major contributions was handing the microphone to people with lived experience of homelessness and providing a platform to share the expertise of the top storytelling organizations and researchers in the region.

“The work is far from over,” she says. “I’m confident that the bond and the collaboration among our partners, as well as their important progress, will continue long after our project is completed.”