The exhibition brings together work by Dominic Chambers, Damon Davis, Jen Everett, De Nichols, and Katherine Simone Reynolds. The exhibition is curated by Jasmine Jamillah Mahmoud, PhD, Assistant Professor in Arts Leadership at Seattle University and supported by Hedreen Gallery and the Pigott Family Endowment for the Arts.

From 2016 to 2018, I worked as the Postdoctoral Fellow in Inequality and Identity in American Culture Studies at Washington University in St. Louis, a very arts-rich city. There, I became really interested in a growing cohort of Black artists whose work was incredibly stirring, and often engaged with the murder of Michael Brown and the Black Lives Matter movement around Ferguson.  So, I decided to conduct research for a book about this work and started interviewing artists, including Damon Davis, Jen Everett, and De Nichols, three of the five artists in this exhibition.

Shortly after I arrived at Seattle U, Molly Mac and I were talking about the book over lunch, and she said, 'Why don't you curate a show about this for the Hedreen Gallery?'

Originally, the book was going to be called Acts of Black Citizenship. When we think about U.S. history, one of the ways in which racism has continued is by racist artistic representations of Black people, including Blackface minstrelsy which began in the 19th, and grew to become the most popular form of theatre in that century. I was thinking of anti-racist representations of Black people by Black people as the acts of Black citizenship. I leaned heavily on scholar Salamishah Tillet who thinks about art as a central form for Black people to express their citizenship as they have long been denied their full rights. 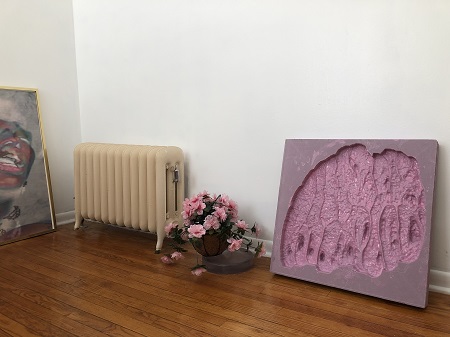 But as I began to curate and talk to the artists, 'act' became 'abstraction,' as this work is not just representational, it is also often conceptual and aspirational. In the show I highlight themes -- shine, citizenship, growth, beauty, reading & leisure, the sonic, and quietness & interiority -- to make sense of the concepts, ideas, and practices surrounding the work of these artists. Abstraction also borrows heavily from curator Adrienne Edwards who asks about the burdens we put on Black artists to uphold blackness and confront racism. Abstraction allowed me to ask the show's central questions, including: 'How might an attention to abstraction make aesthetic, geographic, and political space for Black presence and citizenship?'

That question also animates the geographic location and history of St. Louis, as a city and region that spans Missouri and Illinois. St. Louis, MO is in the center of the U.S. geographically, bordering the Mississippi River, where enslaved people were sold downriver; the region is the site of so much thinking about race and citizenship in the US.  One hundred years ago, St. Louis, MO was the fourth most populous city in the United States. Two hundred years ago, Missouri became the northernmost slave state.  St. Louis became the site of the emergence of the Dred Scott decision, the Supreme Court case that decided in 1857, a few years before the Civil War erupted, that Black people would never be US citizens. More recently, Michael Brown was murdered in Ferguson, MO in St. Louis County. 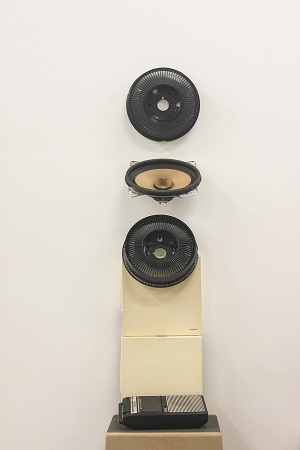 Before the pandemic, Molly and I were thinking about what might it mean to bring St. Louis artists to the Seattle arts community, and to have an intercity city dialogue. We pivoted to the virtual exhibition space as soon as it became apparent that we would not be able to mount the show physically in Seattle.

Another very important component of this exhibition is the participation of Seattle U students and alumni. Ashley Marshall, a current MFA in Arts Leadership student, is our Education Assistant and wrote the K-8 Education Guide, and is leading the Youth Virtual Field Trip in August. Meilani Mandery, BA, Art History and Arts Leadership, 2020, wrote our Youth Education Guide.  Ellen McGivern, MFA in Arts Leadership, 2019, created the Adult Education Guide. Both Meilani and Ellen also served as Curatorial Assistants. Dev McCauley, BA in Design with Honors, 2020, provided brilliant graphic design. Their talents and perspective contributed greatly to the exhibition.

Abstractions of Black Citizenship: African American Art From Saint Louis, continues online through Sunday, August 2, and may be found here. Members of the public are invited to deepen their experience with the exhibition in these final virtual events:

Molly Mac, Hedreen Gallery Curator, explains,"Abstractions of Black Citizenship: African American Art from Saint Louis is an art and interview-driven exhibition project that counters legacies of anti-Blackness in mainstream art historical scholarship and theories of abstraction. After over a year of planning for the physical show (and with several of the exhibition artworks already in transit from Saint Louis to Seattle), the exhibition’s curatorial team made a rapid effort to pivot the exhibition to an online format in response to the conditions of the COVID-19 pandemic. Through the dynamic leadership of curator Jasmine Jamillah Mahmoud, PhD, and the generous participation by the five artists whose work is included in the show, the online version of this exhibition and public programs have become a catalyst for public conversation and organizing between the artists and scholars engaged in the project. We especially appreciate the dedication of the curatorial team of Seattle University Arts Leadership and Art History students and alumni, whose flexibility and care made this project possible."