Dr. Maureen Emerson Feit published the article "Tightrope of Advocacy: Critical Race Methods as a Lens on Nonprofit Mediation Between Fear and Trust in the U.S. Census" with Administrative Theory & Praxis. She worked with Taylor Coats, MNPL 2021, and Jack Brandon Philips,Tarleton State to gain greater insight into the role that community organizations played in addressing a potential undercount in U.S. Census 2020. 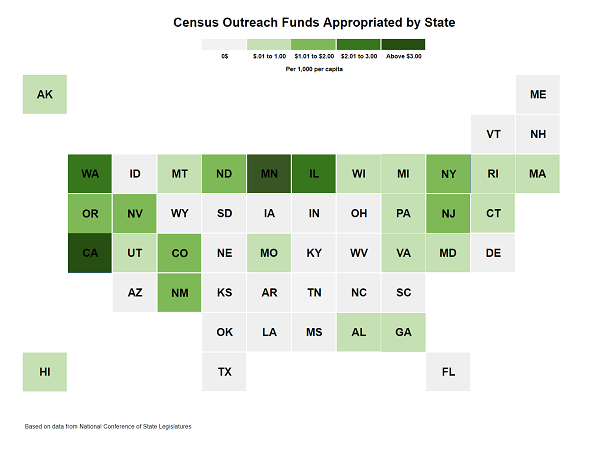 Staff of community organizations were asked to serve a crucial role during the 2020 census. In recent decades, the Bureau has considered community organizations, with their deep roots, knowledge, and trust among historically undercounted communities, to be ideal surrogates and trusted messengers that can mitigate mistrust among historically undercounted groups. The high stakes of every census were heightened in 2019 by the Trump administration very public attempt to add a citizenship question to the questionnaire, which threatened to discourage participation and hamper the count.

Their findings suggest more attention is needed to understand the role that staff of community organizations, particularly those who are representative, play in democratic practices like the census. Given rising expectations and stress on community organizations to address failures of the government and the market, and uneven support across the country, they also call for greater public and private investment in their work.

Dr. Maureen Emerson Feit is Director and Assistant Professor of Nonprofit Leadership at Seattle University. Her primary research focuses on the the role of community organizations in racial formation, citizenship, and representative democracy. In her most recent project, she and her colleagues completed a critical qualitative study of staff as they interpreted shifting policy and navigated the complexities of race, trust and representation in the U.S. census count. She has also published on the application of critical race theory in nonprofit management education. As a former practitioner, her work is grounded in her experience with community organizations dedicated to immigrant and refugee rights, education, and youth advocacy. She teaches widely in the curriculum and mentors students during their capstone projects. She serves on the leadership of the Critical Perspectives Interest Group and the Undergraduate Diversity Scholars Committee with ARNOVA and is a former board member of the Nonprofit Academic Centers Council. She received her MA and PhD in Cultural Anthropology from the University of Michigan.