Late breaking news! Congratulations to Alex Lindgren-Ruby and Lily Panetta, who were finalists in Novice at the National Competition. Also competing against 202 teams from across the nation, with large numbers from the Ivy League schools and doing SU proud were the teams of Parker Davidson and Caroline Guess; Alyssa Gaston and Ryan Shook; and Hatcher  Chapman and Flora Lloyd.

Headed to the US Universities National Championship where they will compete with 200+ teams from across the country are four teams:

At the Northwest University Tournament in early April, four teams advanced into semi-finals and two of those teams advanced to finals, placing in the top four. 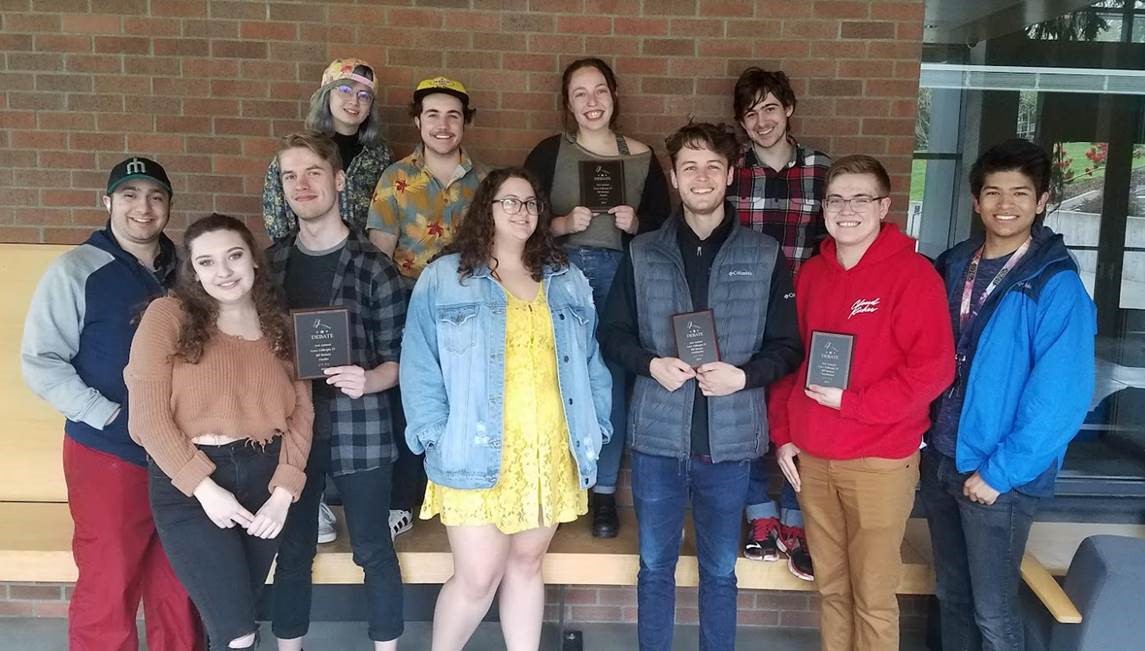 Seattle U was by far the most successful program at the small but competitive tournament. Kudos to semi-finalists Alyssa Gaston and Ryan Shook (7th speaker, tie), Caroline Guess (7th speaker, tie) and Parker Davidson. The finalists are Flora Lloyd and Hatcher Chapman and Alex Lindgren-Ruby (4th speaker) and Lily Panetta (2nd speaker.) Not advancing, but great team members are Al Vazquez and Connor Stickels.

In March, Caroline Guess and Lily Panetta took second place at the Pacific Lutheran University Womxn’s Round Robin. Caroline was also the top speaker at the tournament.

In January, Alyssa Gaston and Ryan Shook placed first at Willamette University. Flora Lloyd and Hatcher Chapman and Alex Lindgren-Ruby and Lily Panetta were semi-finalists. Seattle U again had the best school performance at the tournament.