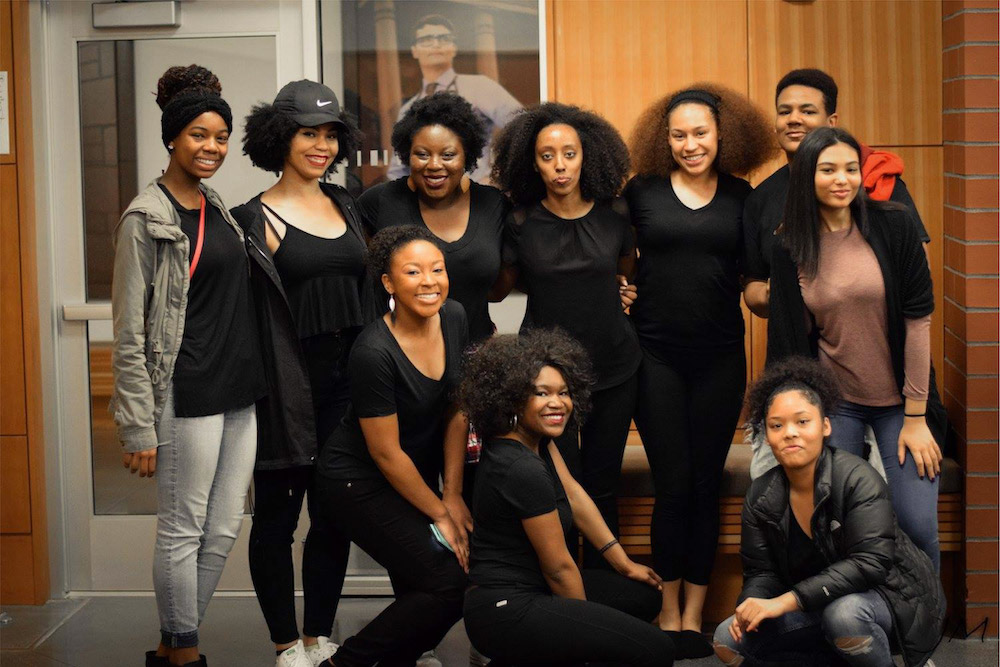 Last September, Black Student Union (BSU) president Adilia Watson, ’21, introduced alumni to the BSU Scholarship Endowment—the first student-led, Black-serving scholarship at Seattle University. Since then, BSU has raised a remarkable $113,000 towards their initial goal of $200,000. This includes more than $19,000 donated during Seattle U Gives on February 25, 2021. We sat down with Watson, BSU leader Tatianah Summers, ’21, and advisors Colina Bruce, ‘15, and LaKesha Kimbrough to hear how participation in Seattle U Gives has impacted the scholarship and how alumni can continue to support and uplift fundraising efforts.

Finding Success During Seattle U Gives

Seattle U Gives 2021 took place on Thursday February 25, 2021. In an emphatic, Black-led showing of support, amplification and allyship, the Seattle U community raised over $19,000 for the BSU Scholarship Endowment.

How did Seattle U Gives impact your fundraising efforts?

Summers: “It was an awesome opportunity for BSU to be a part of and it coincided really well with Black History Month. It’s encouraging that the university supported us in that way. I feel like our platform was being uplifted throughout the Seattle U Gives extravaganza.”

Bruce: “The experience, the support, the intentionality that went into amplifying the message and the goal of the scholarship—it elevated the opportunities to give and diversified the giving pool to people who may not have been familiar with the effort in the past.”

What did it mean to be included in Seattle U’s giving day?

Summers: “In all honesty, it does come down to money a lot of the time. I think that’s something that Black students struggle with in particular—the ability to access higher education and to be in that conversation. The fact that we were invited to be in Seattle U Gives was incredible because it solidified that yes, BSU is doing great work, and here is support for us to get that funding. That holds a lot of weight. We were grateful to be included and we’re excited for more opportunities like this.”

Kimbrough: “The word that comes to mind for me is validation. Validation is huge in reaffirming, in saying “I see you.” As folks making big decisions in the university, saying “We see you.” As trustees who voted in favor of the endowment, saying “We see you. You matter.” And those are significant messages that we all need to hear. I’m thankful that these students who have been doing such amazing, amazing work to bring this to fruition have that validation—through securing the endowment and through Seattle U Gives this year. That was huge to me, and almost made me teary-eyed for the students. There’s so much in being validated, in being told “we see you and you matter.”

Looking Forward to the Future

Beyond Seattle U Gives, the Black Student Union has put time, passion and energy to make the scholarship as wide-reaching as possible, including social media campaigns and hosted events like the 3rd Annual BSU Showcase and the BSU Virtual Auction. The scholarship is now endowed. However, BSU still needs more than $85,000 to meet their initial goal of $200,000 and to ensure more Black students will benefit when distribution begins in fall 2021. Learn more about what’s planned for their upcoming fundraising efforts, and how you can get involved.

What is next step in fundraising for the scholarship?

Summers: “We have around $113,000. So we’re doing pretty well, considering we just started fundraising about a year ago. But we do to push this farther, so that we can reach more students and be a resource for more students. Our donation website is still open. That will never close, and that will always be an option.”

Watson: “We’re having another fundraiser in the spring, and part of our marketing in the fall will hopefully use in-person aspects. Our goal is to be able to give out sizeable donations to a number of students, so we have to keep fundraising. The scholarship will continue to grow.”

Bruce: “It’s significant that this is a student-led effort. Now that the scholarship is endowed, it will continue in perpetuity. (…) The first distribution will come in the fall, which opens the door for it to be accessed by incoming freshman. That also provides an opportunity for it to be used for outreach and recruitment for more students of Color and more students that may face financial barriers.”

How can alumni get involved in fundraising efforts?

Summers: “It seems like alumni are really excited about this and really interested in being a part of this. (…) It doesn’t have to be money. It can be mentorship or partnership with students. Getting the funding to go to SU is the first step, but feeling comfortable here is a really important piece of it, too—and something that SU needs to work on.”

Watson: “Alumni, especially Black alumni, can push this more with their networks. Even if an alum doesn’t have the money themselves, maybe they have an employer who does. It’s as simple as reaching out and asking the question—asking people who inherently have more money in their pockets to help their community.”

Bruce: “There are a lot of alums, especially those of African descent, who can look back at their own experience as a student and relate to what’s going on now. I think there’s a lot of pride and support that can come from this. Not only monetary, but from sharing with their networks, amplifying and using their own stories and voices as well to express the importance and significance of this scholarship.”