Jim, ’69, and Jan Dwyer, ’70, are being honored as Alumni of the Year for their lifelong commitment and leadership to Seattle University and their influence on the university and the greater community.

Both graduates of the university, Jim and Jan didn’t actually meet while students—they connected after Jim returned to Seattle from law school in California. Both were involved in volunteer commitments on their jobs and in the community.  The couple, who married in 1976, decided to volunteer together at their alma mater. The Seattle University Jesuits served as their mentors and personal friends while they were in college.

Jim believes Seattle University taught him the “importance of critical thinking skills and giving back to the community. I loved the Jesuits who’d push you in the classroom, but become friends on the outside,” says Jim, who is president and CEO of Delta Dental of Washington.

Giving back to the university is evident in their continued support. Jan and Jim have chaired the Seattle University Gala and have volunteered their time for numerous fundraising campaigns for the university.

After serving on the Alumni Board of Governors, then President William Sullivan, S.J., invited Jim to join the Board of Regents where he served for nine years. This was followed by 16 years on the Board of Trustees, chairing the committee that hired President Stephen Sundborg, S.J., 20 years ago. Jim also served on the Center for Leadership Formation Advisory Board when it was founded and has volunteered as a mentor and a CLF Fellow for the Albers School of Business and Economics. Under Jim’s leadership, the entire management team and most of middle management at Delta Dental have graduated from the Executive Leadership Program at Albers School of Business and Economics.

Raised in Hawaii, Jan grew up working in her family’s business. She remembers being homesick while attending Seattle U and how she was befriended by several Jesuits including James McGoldrick, S.J., and William LeRoux, S.J., among others.

Jan also served on the Alumni Board of Governors and is currently in her 11th year on the Board of Regents where she has been involved in the State of the University program since its inception.

An invitation to sit on the Athletic Advisory Board spurred her commitment to women’s athletics. Having noticed that most attention was focused on the men’s teams, she started supporting women’s basketball through the Key Club, which she led as president. Because of its success, she was asked to help the women’s soccer team develop a similar program and briefly served on the board of Julie Woodward’s Championship Committee. “I love seeing the kids succeed, love seeing people at their very best,” she says. Together Jim and Jan will chair this year’s Red Tie Celebration to raise money for SU athletics.

Outside of Seattle U, Jan and Jim have made contributions to the community through their work and volunteerism. After 18 years in flight service recruiting and marketing with Pan American World Airways, Jan retired to raise two sons and continue her volunteer work. Among those commitments was membership in the Junior League of Seattle and Seattle Prep. Both she and Jim chaired the initial fundraising efforts for Seattle Prep’s St. Ignatius Building, which opened in the 1990s.

Before joining Delta Dental, Jim was CEO of the Port of Seattle for 17 years. He was then recruited to develop an international law practice at the law firm of Bogle & Gates. Currently he chairs the Delta Dental Plans Association, the national trade association for Delta Dental, and serves on the boards of Healthentic and Spring Rock Ventures.

The Dwyer’s dedication and service to Seattle University is exemplary. “Jim and I feel as though we are a necessary part of the school. It is so important to us,” says Jan. “We are both honored to be a part of it.” 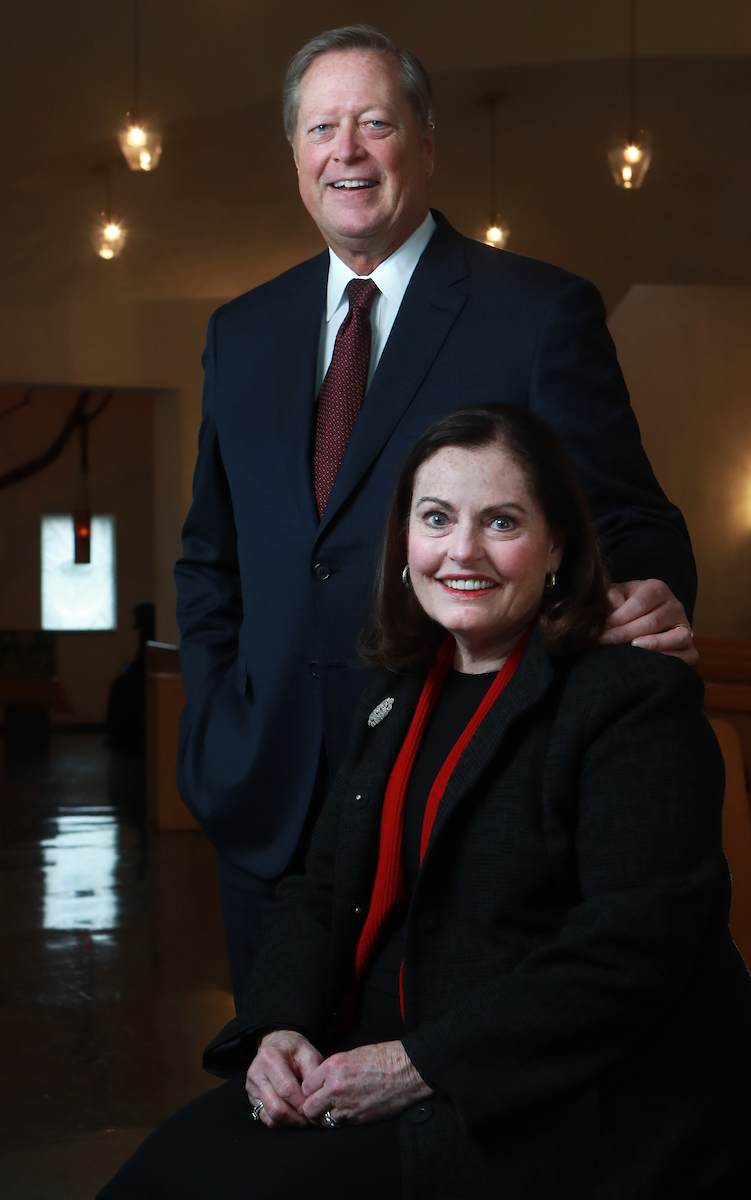