The Jesuits have long been a source of inspiration for Jim.

“They provided me with the self-confidence to consider what it was that made me a worthy individual,” he says. “I wanted to know not only what made a Jesuit person, but how to think like one.”

Jim feels that to live Ignatian spiritually is to be a companion walking along side those who are less fortunate and seek access to opportunities to become a whole person.

According to David Chow, former development officer for the College of Arts and Sciences, “Jim goes out of his way to connect people and ideas together. He stays young because he allows new ideas, students, leaders and causes into his heart.”

Jim has a penchant for fundraising, especially when it is something he is passionate about. Approaching President Stephen Sundborg, S.J., about a new theater during the last capital campaign, he was told it wasn’t in the plans. “If I raised $1 million,” he asked, “would it be in the plans?” Fr. Sundborg agreed: “Yes, it would.” One of Jim’s proudest accomplishments at Seattle U was assisting in raising the funds to build the Lee Center for the Arts.

Beyond the most visible contributions, Jim is being honored for his many lesser known, but equally important, impacts. A basketball season ticket holder and regular at Day of Service, Alumni Awards and theater presentations, he influences other alumni to participate in university events and programs. Jim ensures that alumnus Bill Eisiminger, ’67, has transportation to all Dean’s Leadership Council meetings. He conducts interviews and writes letters of recommendation for prospective students. Mentoring Seattle U students is a favorite activity for him. Jim. He delights in telling the details of his first mentoring experience with Keiko, a Japanese international student, now alumna, and his and his wife’s long-lasting relationship with her.

Jim is also active in the community. He is the past board president of the Ruth Dykeman Children’s Center, a residential treatment facility for abused children. Jim’s grandfather, the first King County Juvenile Superior Court Judge, founded the center out of his concern for the homeless children that came before the court.

Jim’s positive attitude, combined with a keen sense of humor and passion for living, inspires all who know him. And he truly embodies those Ignatian qualities he has spent a lifetime seeking. 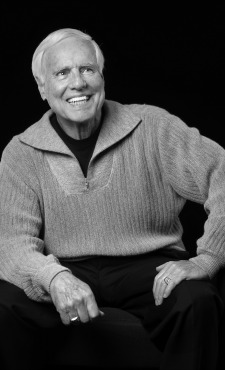