Jim Jorgensen, the first of three siblings to attend Seattle University, graduated in 1965 with a degree from the College of Education. Jim is being recognized with the 2017 Professional Achievement Award for his career in education and the impact he has made in high school and collegiate sports.

Jim came to the university after hearing an impressive presentation by William LeRoux, S.J., and Gerard Evoy, S.J., at a Bellarmine High School recruiting event in San Jose, Calif. “These Jesuits were marvelous ambassadors for Seattle U,” Jim says.

As a student teacher to both middle and high school students, Jim felt exceptionally well prepared entering the teaching profession because of his Seattle U education. Beyond his education, Jim began his life-long officiating career with CYO football games in Seattle.

Upon graduation from the College of Education Jim joined the Peace Corps, a pivotal experience for him. He was in the first group of volunteers sent to Kenya and served two years as a land settlement officer, living in the Bush west of Nairobi near the Ugandan border where he learned Swahili.

Following his time in the Peace Corps, Jim returned to California, where he taught social science and coached in the San Juan Unified School District in Sacramento. Two years later, he accepted a graduate assistantship at Montana State University where he earned his master’s degree in Educational Administration and coached college basketball. He returned to the San Juan Unified School District and served as vice principal, principal and district athletic/PE director before retiring after 30 years.

For more than 35 years, Jim made his mark as a sports official in football and basketball that included 10 years refereeing NCAA basketball. He proudly recalls a University of North Carolina game he officiated that featured a young Michael Jordan with coach Dean Smith.

Serving on the National Association of Sports Officials (NASO), Jim founded the Sacramento Association of Collegiate Officials (SACO)), a company that assigns college officials. An NCAA commissioner (1984-98) for the Northern California Athletic Conference and the Columbia Football Association (1998-2001), he served on NCAA football rules, basketball officiating and eligibility committees during his tenure as commissioner.

In 2016, Jim was inducted into the California Interscholastic Federation Hall of Fame for his lifelong commitment to officiating and assigning sports, an honor which recognizes only two officials every two years.

Jim’s commitment extends to Seattle U as well. He served three terms on the Alumni Board of Governors and is now on the Board of Regents. Additionally, he is a member of the President’s Club and Legacy Society. Despite living in California, he is a regular season ticket holder for men’s basketball.

Deeply committed to his Catholic beliefs, Jim has long held that a lot can be learned about life through sports. “Win or lose,” he says, “never give up.” 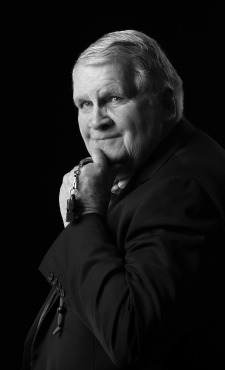