For the past 8-½ years, John has dedicated himself to securing the financial resources necessary to grow Seattle U Athletics. He was party to the decision to return to Division I and has instituted a multiyear gift program and athletic events that have raised more than a $1 million in each of the past four years. For five years, he has increased the number of annual donors, now numbering more than 1,000. The gift-in- kind donation program he founded has underwritten the renovation costs for the locker rooms, a coach’s office, the purchase of appliances at Connolly Center and equipment needed to transport training gear. When asked what he does when he isn’t working, John says, “I take it personally to figure out how to help the university.”

John and his family’s ties to the university run deep. His father attended, his cousin is beloved former President Albert Lemieux, S.J., and several cousins, two of his siblings and his daughter, Danica, are alumni.

After graduating from Seattle University in 1965 with a degree in education, John took a job with The Boeing Company. In 1990, he joined Vacation International in Bellevue as director of corporate sales. After 12 years, he was named vice president of sales and marketing. In 2007, Seattle University offered him an opportunity he couldn’t refuse.

As a student, John was head manager for both the men’s basketball and baseball teams. As an alumnus, he became an active member of the Seattle University Graduate’s Club. He immediately bought basketball season tickets, joined the Seattle University’s Athletic Booster organization, the Tomahawk Club, and served as its president for 10 years. He was also a member of the Alumni Board of Governors.

In 2013, John was honored with the Mark Escandon University Sport Service Award for his exceptional service to athletics. But he is most proud of his induction into the Seattle University Athletics Hall of Fame last year. The committee selecting him for that honor opted to waive the five-year rule barring any candidate with recent ties to the University. “They made an exception for an exceptional person,” Seattle University Director of Athletics, Bill Hogan, said.   John attributes his success to those who have provided him with opportunities.

When speaking of what inspires him, John says, “There’s something special about the Jesuits. They have a way of being very human, yet very smart and very spiritual. The Jesuits are a great example of how we should try to live our lives. They have had such a huge impact on me and my family.”

He and his wife, Diana, have expressed their gratitude and commitment to Seattle University. As members of the Legacy Society, they are leaving a bequest to the university.

In her prepared remarks upon the occasion of John’s induction into the Hall of Fame, his sister Susan Dougherty Ursino noted, “Much to his discomfort, the spotlight is on John today. After all, he’s usually the one shining a light on others.” 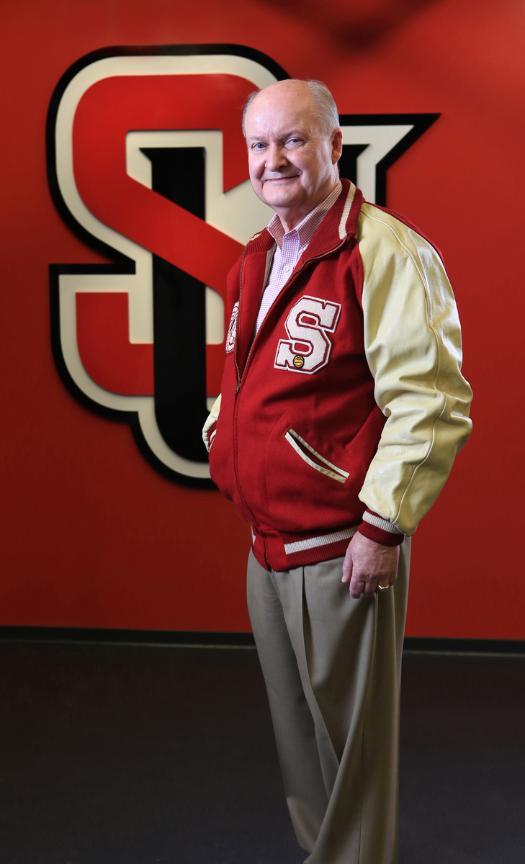