The Alumni Award for Professional Achievement is being awarded to exemplary alumna Jill Wakefield, EdD, ’92, a visionary who has paved the way for women to attain leadership positions in higher education.

After 40 years of increasing responsibility in the Seattle Colleges system, Jill is retiring as Chancellor in June. She is the first woman and the longest serving Chancellor in the three-school system.

While overseeing three campuses, Jill has continued to advocate tirelessly for greater accessibility to education and has been successful in attracting grants and initiatives supporting student success and retention. She is credited for introducing an applied baccalaureate program allowing students to complete a four-year degree at a community college. For this program, she was presented with the National Pioneer Award by the Community College Baccalaureate Association. She also initiated I-BEST, a nationally recognized model for mixing basic and technical education in credit-bearing classes. Under her direction, South Seattle College completely renovated its apprenticeship and training center at its Georgetown campus.

The subject of her publications, research and presentations relates to business and college partnerships resulting in more effective training and fund development. She is most proud of developing partnerships both with K–12 education and Seattle University to ensure smooth transitions and career advancement for all students.

Named as one of the Most Influential People of 2012 by Seattle Magazine, she has also been cited by Puget Sound Business Journal as a Woman of Influence and as Communicator of the Year by the Washington Council for Marketing and Public Relations. She was selected for the Institute for Executive Management at Harvard University and the Executive Leadership Institute sponsored by the League for Innovation in the Community College. Additionally, Jill has served on numerous boards at the local, national and international level, including as president of the National Advisory Commission of Presidents for Community Colleges from 2013–2014.

She attributes her outstanding leadership achievements to Seattle University and in particular, Professor Emeritus John Morford.

“The leadership program focused on the development of self as leader,” she says, recalling the themes of the EDLR program, “the leader in organizations and the leader in a global and interdependent world.”

Jill leads by example and by engaging those around her, allows all voices to be heard so as to achieve a common vision. Whatever the task, Jill is the hardest worker in the room, observed Bob Hughes, associate dean of education: “Her work has touched and improved the lives of thousands of students from the region’s and nation’s most vulnerable populations,” he says.

“… When our university says that it strives to ‘educate the whole person, to professional formation and to empower leaders for a just and humane world,’ Dr. Wakefield is a graduate whom we can readily identify as our mission’s personification.” 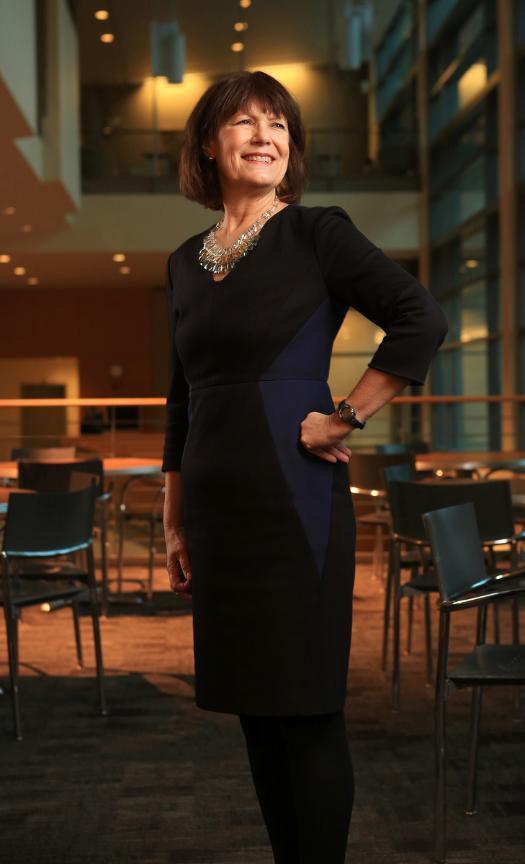