Hollis Wong-Wear, ’09, a graduate of the College of Arts and Sciences, is being honored with the Seattle University Outstanding Recent Alumna Award.

As a Sullivan Scholar, Hollis majored in history and minored in philosophy and Global African Studies. She attributes her Jesuit education for having instilled in her the value of self-reflection and a deepened awareness of global social justice issues. Additionally, she was greatly influenced by Seattle’s music and spoken word community.

Her professors at Seattle University encouraged her passion for music and exploring the history and theory of cultural production. Hollis, never having to choose between her academics and love of the arts, was given, she says, an “amazing foundation for being an informed artist.”

A poet, songwriter, creative producer and lead vocalist in the electronic R&B band The Flavr Blue, Hollis has been invested in the Seattle artistic scenes since her undergraduate days. In addition to her creative accomplishments, Hollis is a manager, community leader and businesswoman. She is the eldest daughter of two entrepreneurs and sees her career in music and the arts as being inherently entrepreneurial.

A dedication to education, the arts, youth, social justice and empowerment issues have led Hollis into public service. She serves on the boards of the Seattle Center Advisory Commission, the Seattle Music Commission and 4Culture, King County’s public art agency.

“As a performer,” she says, “I am serving on boards and commissions to learn how I can contribute in a meaningful way.”

In addition to her roles in civic leadership and mentorship, she has appeared as a featured speaker and performer at conferences and high-profile events. Recently, she appeared on stage with Gloria Steinem at Benaroya Hall and has presented keynote performances benefitting the YWCA, One America and Planned Parenthood.

For more than six years Hollis has collaborated with Macklemore & Ryan Lewis, ranging from producing their music videos for “Wings” and “Thrift Shop” to songwriting and performing with the hip-hop duo, most recently as a writer and strategist on their song “White Privilege 2.” In 2014, she was GRAMMY nominated for Album of the Year for her vocal performance of “White Walls” on The Heist by Macklemore & Ryan Lewis.

“More than anything, I am fueled by the collaborations and people I work with,” she says, adding that her work with Macklemore & Ryan Lewis has fostered creative achievement and has challenged her to realize her true, holistic potential.

Hollis now splits time between Seattle and Los Angeles, where she currently manages Forecast Recordings, a boutique recording studio. Between co-writing sessions, touring with The Flavr Blue and connecting with communities, Hollis is driven to engage and navigate the music industry in a way that empowers herself and those around her.

“I am passionate about collaboration, social equity, independent media, centering youth voices and marginalized narratives, and championing creativity,” she says. 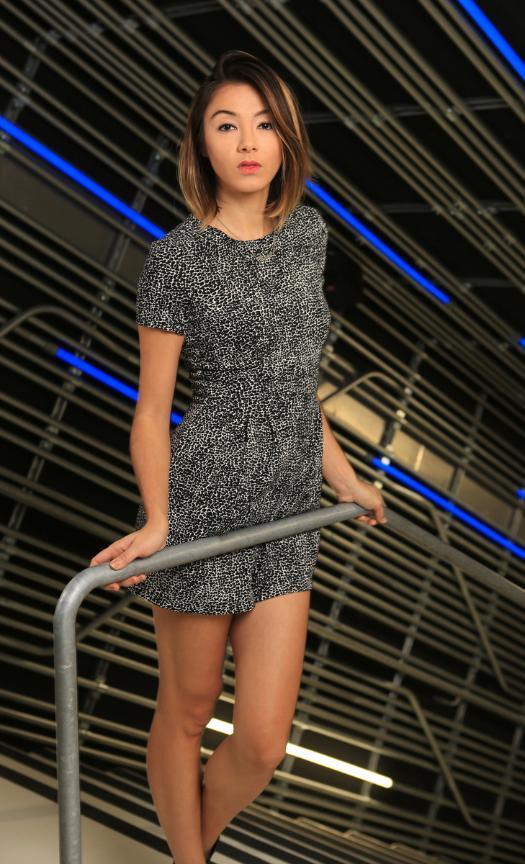