Joe Zavaglia, this year’s University Service award recipient, dreams of what could be and makes it happen. Joe wanted to play college soccer, but Seattle University didn’t have a team. Drafting a petition, he not only got 90 percent student approval but also recruited 100 potential players. When told the school didn’t have the $500 needed, Joe refused to back down. He appealed to then President Fr. Lemieux. In a matter of hours, he received the call from Athletic Director, Eddie O’Brien. The funds had been appropriated.

For his efforts, Joe received the Spirit of Seattle University award. “There were many opportunities for me to assume a leadership role at SU. The Spirit Award really encouraged me to give back to the university,” he says.

As an alumnus, Joe co-chaired the Championship Field redevelopment project with Vince Volpe. For several years Joe served on the Athletics Hall of Fame committee and in 2007, was inducted into the Athletics Hall of Fame. A tireless fundraiser, he helped launch the annual Red Tie event and chaired the Men’s Soccer Alumni Committee. He has also served on the Board of Regents for seven years.

With years of banking experience in senior roles, Joe, now retired, runs Zavaglia Consulting. He mentors and consults primarily with local banks and is actively teaching the next generation of bank leaders. But perhaps his greatest passion is reserved for his second business, From the Heart of Italy, an Italian cooking school he operates out of his home.

“Cooking is not just an act of food preparation, it’s the demonstration of your love for others. It was really important to me to make sure the traditions carry on,” he says.

Having studied Italian, and having a dual U.S. and Italian citizenship, Joe also takes a group of 10 each year to an area northeast of Venice in the foothills of the Alps to experience the food and culture.

Given his rich heritage as the grandson of Italian immigrants, Joe decided to gather a collection of some of his family’s favorite recipes. Using his grandparents as his role model, Joe firmly believes, “You have to be purposeful in your life.” His cookbook is in their memory and is a treasured legacy for his five children.

Joe attributes his success in life to his experience at Seattle University, which provided him with multiple leadership opportunities. He has devoted his life’s work to keeping that Jesuit spirituality alive. He is committed to Seattle U’s mission of educating the whole person. “To be a part of this is important to me.” 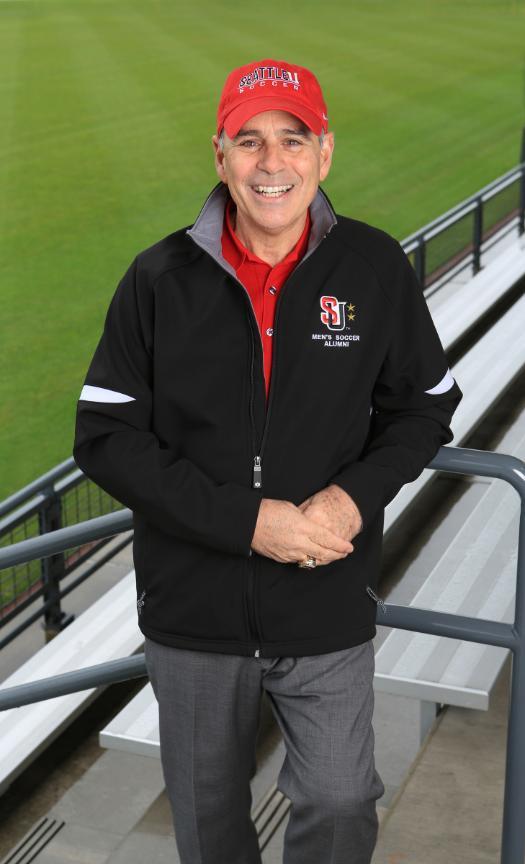