Derek Rogalsky, winner of this year’s Outstanding Recent Alumnus award is a shining example of a Seattle University graduate who embodies the Jesuit values of service and social justice.

He was inducted into Seattle U’s Ignatian Leadership Honor Society in 2009. This honor is awarded to rising juniors who have shown exemplary leadership, a deep sense of character and spiritual development.

Derek is passionate about soccer.  He was recruited to SU by longtime men’s soccer head coach Peter Fewing and helped the Redhawks post a 43-3-26 record while SU transitioned from Division II to Division I NCAA competition. Despite his on field commitments, Derek maintained a 3.9 GPA over the four years he played soccer. He also was president of the Bannan Scholars, a scholarship program for upper division science and engineering students committed to community service.

Prior to entering Georgetown University’s School of Medicine, Derek and his wife, Rebekah, also a Seattle U graduate, volunteered for a year of service in Haiti, teaching, mentoring and coaching at Louverture Cleary School (LCS). LCS, run by The Haitian Project, is a Catholic co-educational boarding school for academically gifted students from families who cannot afford to send their student’s to Haiti’s public schools. The school operates from a motto derived from Matthew 10:8 “What you receive for free, you must give for free.” In return for their free education, the students devote several hours a day in service. Despite this heavy time commitment, the students pass their exams at three times the national rate.

While at LCS, Derek taught biology and religion classes, led the garden club and coached soccer. Derek also helped coordinate The Haitian Project’s institutional response to the cholera epidemic. Because of his efforts and those of his team, the campus remained free of infection.

“Spending time with such people allowed me to recognize the true abundance of the blessings in my own life…I had been called to serve because I have been blessed,” Derek said.

Derek, currently in his fourth year at the Georgetown University School of Medicine, was one of 21 fourth year medical students nationwide to receive the American Medical Association Physicians of Tomorrow Award based upon academic achievement and financial need.

Stephen Ray Mitchell, M.D., MBA, dean of the Georgetown University School of Medicine, considers Derek to be “A leader among peers and faculty in his outreach into the inner city, his discussion and inquiry into kidney transplantation, medical education, medical student debt and major life choice.  He will remain a leader long after graduation.”

His research on health care inequality has been published in a number of scientific journals. At the Eunice Kennedy Shriver National Institute of Child Health and Human Development, Derek determined that household pollution is not only an environmental risk in the developing world, but in the developed world as well.

During his third year of medical school, Derek decided to become a surgeon. “I’ve chosen surgery because it is a profession uniquely equipped to help people in their most desperate hour of need.”

According to Seattle University advisor, Erin Engelhardt, “Derek Rogalsky has always been one of the most impressive students I have ever worked with.  He is gifted in so many ways, but truly his work ethic and care for helping people around him are what stood out most for me.  Derek cares deeply about Seattle University and Jesuit education.  He is making a difference in the world.” 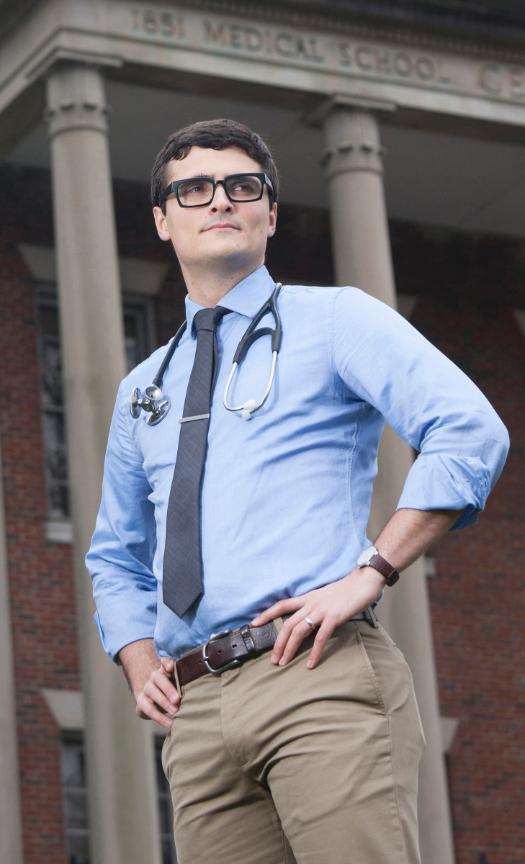