Clayton Pitre, a Montford Point Marine, longtime community activist, former Chief Housing Developer for the Central Area Motivation Program (CAMP), realtor, and a staff member of the Veterans Administration, graduated from Seattle University in 1968 with a degree in accounting.  He is being presented with Seattle University’s Community Service Award for 2015.

Born in Louisiana, he attended school up to the ninth grade when he left to work on his father’s cotton farm. Upon being drafted into military service in 1943, Clayton was among the first African Americans to enlist in the Marine Corps, training at Montford Point, a segregated base outside Jacksonville, North Carolina.  By the end of the war, he’d earned the rank of corporal.  Honorably discharged in 1946, Clayton, joined his brother in Seattle and found work at the U.S. Army’s Ft. Lawton.

Clayton was among 400 Marines who were awarded the Congressional Gold Medal on June 26, 2012 for their service as Montford Point Marines, the first African American Marine troop serving in World War II.

While in Seattle, he learned about a program for veterans who had not earned their high school diploma.  Clayton completed that program.  Married with three children and working as a postal clerk, Clayton worked his way through college with support from the G.I. Bill.

Fully aware of the importance of education, Clayton organized and chaired the African American Dollars for Scholars program for 17 years.  Funds raised supported low income students wanting to go into higher education.  Clayton, a jazz enthusiast, held a concert each year to raise funds.  “The money to the child is a motivating factor,” Clayton said.  “The fact that he was recognized and encouraged to achieve is what is most important.”

Clinton is justifiably proud of having coordinated efforts with First AME Church and the Urban League to fund and build three low income housing projects in Seattle during his tenure as Chief Housing Developer for CAMP.

As a member of St. Mary’s for 52 years, Clayton served three terms as president of the parish board. But, it was the creation of the child care center at St. Mary’s of which he is most proud.  With the support of Archbishop Connolly, the day care made it possible for young mothers to complete their education.  Based upon his background in real estate and housing development, Clayton was first invited to chair the center’s coordinating committee.  He then served as President of the Board of the day care center.

In paying tribute to Clayton, Susan Clifford Jamroski said, “He has mentored hundreds of people as a true servant does.  Clayton rarely looks back.  He is always future forward; the next person who needs help, the next opportunity, the next friend.  As a Catholic born in the south and of very humble origins and now in his ninth decade, he continues to press full steam ahead.” 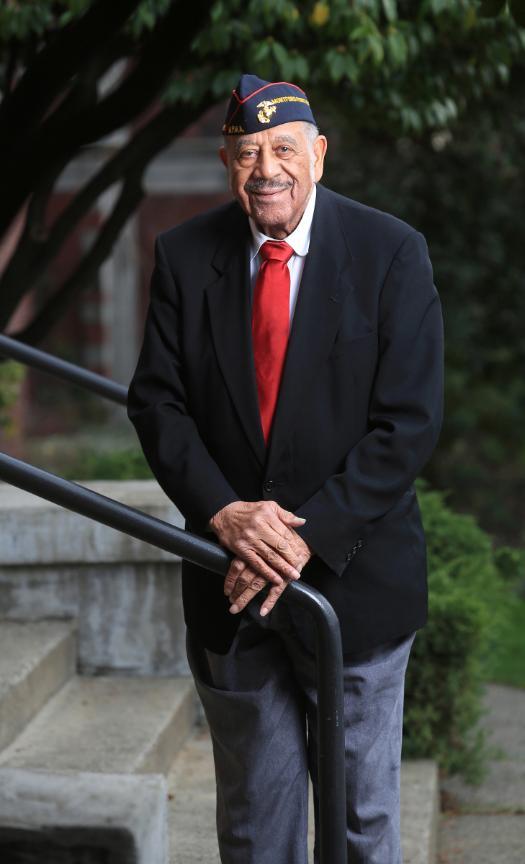