Doreen Marchione, ‘62
ALUMNA OF THE YEAR

A graduate of Seattle University’s College of Arts and Sciences, Doreen Marchione, ’62, winner of this year’s Alumna of the Year award, is a woman dedicated to improving the lives of people in her community.

After graduation, Doreen, became a claim representative for the Social Security Administration in San Diego. When she returned to Seattle several years later, she started attending city council and commission planning meetings as a member of the League of Women Voters. That experience provided her with the confidence needed to enter into politics.

In 1984, she began the first of her two terms as mayor of Redmond. Currently, she is in her second term on the Kirkland City Council after serving as deputy mayor.

SERVICE WITH A HUMAN TOUCH

Doreen considers her 15 years as CEO of HopeLink—the largest provider of social services in north and east King County—to be the most important and gratifying of her professional life. During her tenure, she oversaw an increase in the number of residents HopeLink assisted, from 20,000 to 50,000 served annually.

“I learned more about human service needs, how to address the needs of families who are homeless and in poverty and ways of helping them get back on their feet and become self-sufficient,” she says. “I was able to use my skills of consensus-building and bringing people together to work on issues.”

A LIFETIME COMMITMENT TO SERVICE

Doreen credits Seattle University with having instilled in her a deep sense of community service.

A self-proclaimed optimist, she has brought her penchant for finding solutions to a host of professional and volunteer opportunities. Currently, she is on the Governing Board of the Committee to End Homelessness and board member and past chair of the Kirkland Performance Center. Additionally, she has served as commissioner for the King County Housing Authority, board member of United Way of King County, on the State Transportation Improvement Board and as founder of Leadership Eastside.

Her commitment to community extends to Seattle University as well. In addition to being a Legacy Society member, Doreen served on Seattle University’s College of Arts and Sciences Leadership Council for 15 years. She was also on the visiting committee for the Masters in Nonprofit Leadership. A recipient of numerous awards, Doreen has also been honored by Seattle University with the Alumni Award for Public Service in 1986 and the Centennial Award in 1991.

As a young woman in the 1960s, Doreen had the courage to pursue her own destiny. Having learned to think independently, her Jesuit education provided her with the essential tools needed to realize her goals. For her years of loyal and faithful service to Seattle University and the citizens of King County, Doreen is clearly deserving of this honor. 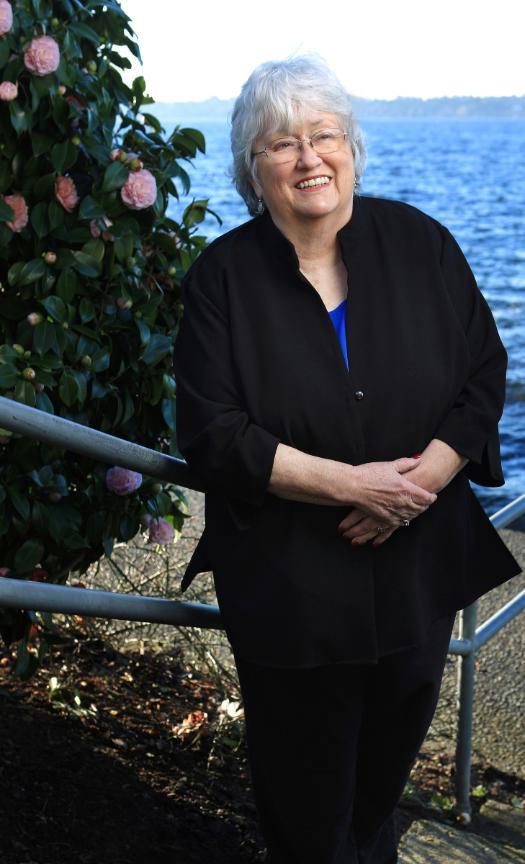