Khaled Jaraysa, ’08, most certainly deserves Seattle U’s Young Alumnus of the Year Award.   A Christian born just outside Bethlehem, Khaled at 13, lost his arm in a machinery accident.  Three years later, his father died.  He lost many friends to violence.

Rather than become embittered, Khaled chose to devote himself to others.  Out of gratitude for the specialized care he received from the Franciscan Sisters of the Eucharist at the Holy Family Care Center, he dedicated five years to the Holy Child Program.  “I am living proof that a traumatized child who receives love, support and encouragement, can once again, achieve wholeness,” Khaled said.

Through the intensive therapy offered at the Holy Child Program, traumatized children, void of hope, are rehabilitated.  “These kids when they dream, it’s of death,” he said.  “They don’t have hope.  I want to bring something back to them.  I decided I can do for others as others have done for me.”

Early intervention has proven to be a critical component in the treatment of traumatized children, Khaled explained.  The Holy Child Program provides a safe haven allowing for the necessary healing to begin.  Without help, these children will be permanently scarred.  The damage sustained will affect their ability to learn and to interact with others.

While a student at Seattle U, Khaled, with the encouragement and support of friends, family and alums founded the Children of Peace Foundation in 2007.  Funds raised help to maintain and expand Holy Family services, the only such program in the Bethlehem area.  Currently there is a waiting list of 300. Thanks to Children of Peach, the Holy Child Program is now providing a new evidence-based program as a service. Khaled’s dream is to provide a therapeutic services model that can be used in other war torn parts of the world.

After meeting Khaled in 2006, Fr. Steve Sundborg observed, “The remarkable thing about Khaled is that he is a student of ours who is a Christian Catholic from Bethlehem who is working with traumatized children at the place in the world where Christ was born.”

Khaled, scarred by war as a child, has used that experience not only to find meaning in his own life, but in the lives of children who have been similarly affected.  His dedication to improving the conditions in his own homeland is remarkable enough, but his intention to change those for others caught in areas of conflict is outstanding.   His steadfast courage, love of community and willingness to serve are a tribute to his Jesuit training.  Khaled has made what others may have considered to be impossible, possible.  He stands before us as a true leader who will achieve his full potential. 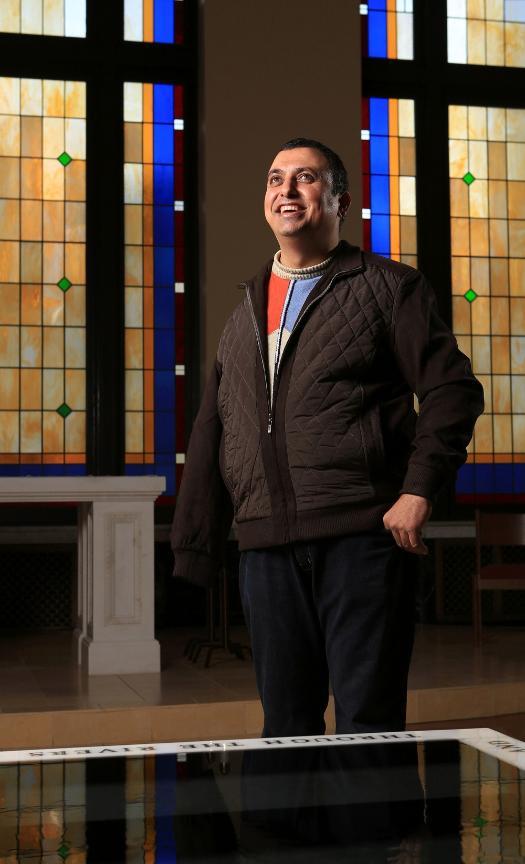