Albers School of Business Professor, Greg Magnan, recognized for his excellence in teaching, scholarship and service, is this year’s recipient of SU’s Distinguished Teaching Award.  An especially gifted teacher, Greg is extremely popular with students at the executive, graduate and undergraduate levels.  His innovative approach to combining technology with traditional classroom methods has been well received by both his students and university faculty.  Greg’s research on supply chain business practices has been nationally recognized and published in a number of professional journals.  He has served on the Sullivan Leadership Award Committee and on several strategic planning committees for Albers.  A key member of the leadership executive MBA Program, he has co-chaired the President’s Task Force on sustainability and innovation program delivery.

Greg never set out to be a professor.  Playing on an Ultimate Frisbee team, he was disappointed when the team didn’t make it into nationals. His team decided to commit to reaching nationals.  He quit his job and enrolled in a PhD program at Michigan State University because it offered financial compensation.  It took just 10 minutes in the classroom as a teaching assistant to convince him he was destined to teach. Michigan State is the national leader in supply chain. It was only natural that Greg came to Seattle University in 1992 when the university introduced an undergraduate major in supply chain.  Upon the discontinuation of the program several years later, he began teaching in the executive MBA program.

As a leader in online education at Seattle U, Greg appreciated its value augmenting classroom instruction before others did.  Incorporating online learning required a total redesign of the curriculum.  Greg notes that with the addition of online learning, professors are now being asked to integrate educational theory into their practice.  This effort, for which they had not been formally trained, has served to energize and deeply engage him.

Greg received the Beta Gamma Sigma Professor of the Year Award in 2005, 2009 and again in 2012, each time he was eligible. In 2007-08, Greg was visiting academic Fellow at Henley Management College, one of the largest providers of business education in the world.  He was named The Genevieve Albers Professor 2008-11, and was given the E. Grosvenor Plowman Award at the CSCMP Supply Chain Management Education’s Conference in 2010.

Greg’s greatest sense of accomplishment is watching his students succeed.  On the first day of a new class titled Creativity and Innovation, he asked who would consider themselves creative.  Only one hand was raised.  Again at the end of term, Greg posed that same question.  All hands shot into the air, providing one of the highlights of Greg’s career.

Greg truly models the Jesuit spirit through his dedication to the education of his students.  He is well deserving of the Distinguished Teaching Award that is being presented to him.  Seattle University is fortunate to have such a gifted teacher on staff. 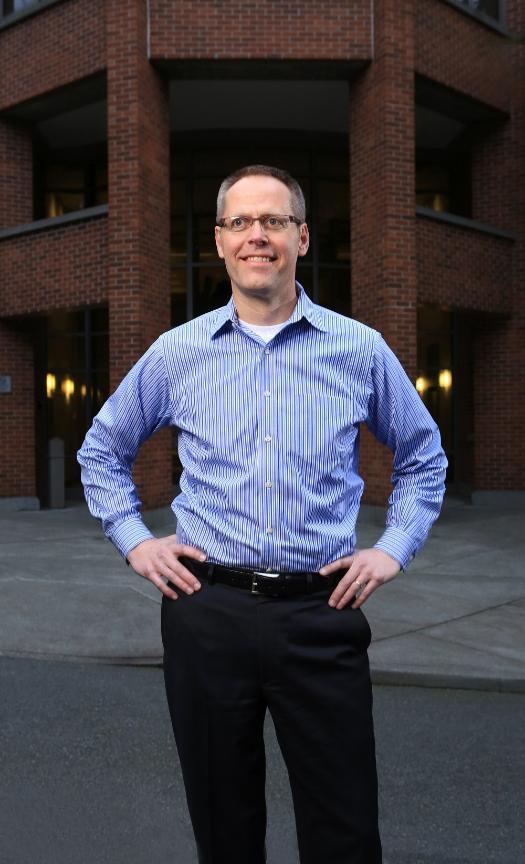