2014 Alumnus of the Year Award

William Swenson ‘01
ALUMNUS OF THE YEAR

The Alumnus of the Year award is being presented to William D. Swenson, a 2001 graduate with a BA in political science from the College of Arts and Sciences.  The first Army officer to receive the Medal of Honor for service in Iraq and Afghanistan, Captain Swenson received the Medal of Honor on Oct. 15, 2013, and was inducted into the Pentagon Hall of Fame on Oct. 16. In his acceptance speech, he said, “This award is earned with a team of our finest Marines, Army, Air Force, Navy and our Afghan partners standing side by side.  Now that team includes Gold Star families who lost their fathers, sons, and husbands that day.  This medal represents them, it represents us.”

Referring to Captain Swenson when making the award, President Obama said, “Like every great leader, he was also a servant.”  The President observed that Captain Swenson had written to each of the families of the four Americans killed that day.  The President went on to quote the Captain’s words, “We have never met, we’ve never spoken, but I would like to believe I know something about each of you through the actions of your loved ones on that day.”

An embedded advisor to the Afghan National Border police, he was on patrol with American and Afghan troops when they were ambushed and pinned down for six hours by more than 60 well-armed Taliban forces.  Ganjgal was to be one of the bloodiest battles in the 12 year old war.  Putting himself at great risk, he rescued his sergeant and several Afghans and retrieved the bodies of four service members.  Swenson is the most decorated Army officer since Vietnam. “Swenson’s strength of character was undeniable.  Even after the battle, Will was not afraid to point out deficiencies in the operation that caused difficulties in obtaining the appropriate and timely support necessary.  He recognized the importance of assessing performance, and had the character to stick to his convictions,” said Army Chief of Staff Gen. Ray Odierno.

Now former Captain Swenson believes the Medal of Honor provides a platform upon which he can speak out on behalf of military veterans.  “We must respect the social contract we made with these men and women,” he said.

Having studied political science in college, Swenson considered pursuing a job in the State Department.  But while in the Balkans studying language, he was so impressed by the contributions of the American military that he enrolled in the College Option Officer Candidate School.  He entered training in 2002 at Ft. Benning, Georgia.

Speaking of his Jesuit education, Swenson observed that Jesuit education is unique in providing a full spectrum of knowledge.  St. Ignatius, a former soldier and founder of the Jesuit order, laid the foundation.  He ensured that those values he acquired on the battlefield and afterward through his long rehabilitation were instilled in his educational philosophy.

Referring to his own service, Swenson said, “Every step I took, I had someone supporting me.” Swenson depended upon his non-commissioned officers for guidance.  “Leadership is all about establishing trust,” he noted, “and making people want to follow you.”

Former Captain William Swenson, awarded the highest honor this country can bestow on a soldier, has proven himself to be not only an exceptional leader, but a person willing to risk his own life for the safety of others.  His dedication to those who served with him and their families is truly remarkable.  A very humble man, he is well deserving of the recognition he has received. 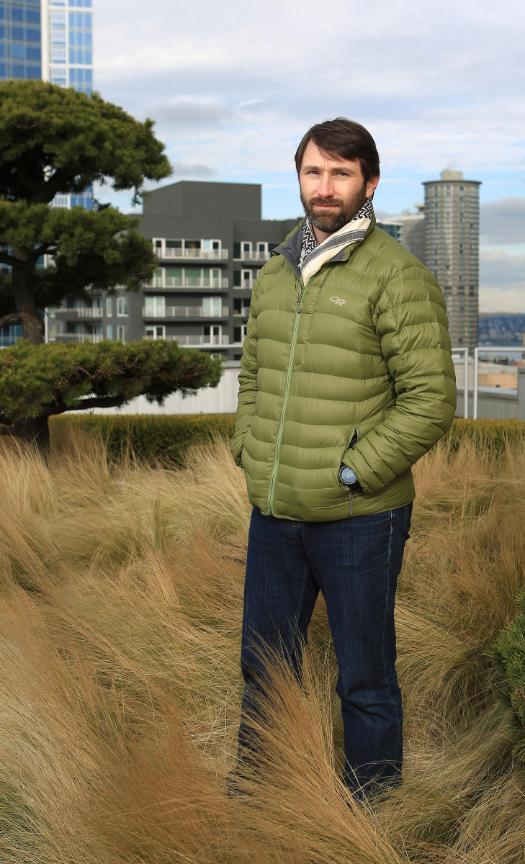