Delores Davis’s, ’51, devotion to community service illuminates her deeply held values of care for others, justice, leadership, faith and diversity.

Driven by a desire to take action wherever she sees a need, coupled with a lifelong love of learning and a passion for connecting with people, her impact has been felt far and wide. Throughout her life, Davis has remained equally devoted to her six children, who she raised as a single mother following the death of her husband in 1971 when her youngest child was just six-years-old.

Over the span of more than 30 years Davis’s care for others was evident in her role as a social worker. Initially, she served as a case worker for children in foster care at Catholic Children Services in Seattle before she joined the University Hospital social work department where she provided services including assessment, mental health support, crisis intervention and community placement. At the university she also contributed as a practicum instructor, training future social workers and ensuring their commitments to care, compassion and justice in their own practices. Davis shared her expertise in child development and cultural diversity at industry conferences and universities across the U.S.

The spirit of service that infused her professional career expressed itself well through an active civic involvement. She held leadership positions with many organizations including the Association of Black Social Workers, the National Association of Black Catholics, the Arthritis Foundation and the AARP Executive Board for Women and Money Management. Davis is beloved at St. Therese Catholic Church and has served in numerous capacities in her three decades as a parishioner. Within the church she has volunteered her time with the parish council, social justice committee and pastoral care commissions among others.

In retirement, in addition to volunteering in several groups such as walking club Volkssport, Bellevue Children’s Theatre and the National Archives at Seattle, Davis has developed an inspiring new career as writing instructor and author. In a series of self-published books, she explains the impact of race in her life and shares the story of her relationship with her late husband, George, a Jamaican immigrant. In addition, for the past 20 years she has taught seniors how to write their life stories through workshops at area churches, senior centers and retirement homes.

“One of the most important contributions I can make to my children and my community is to gather and collect the stories of my experiences as a black woman,” Davis says.

Seattle U faculty and St. Therese parishioner Charisse Cowan Pitre says of Davis, “Delores is a woman of God who cherishes connection with others and spreads love and joy to all who encounter her. In deeds, words and with a loving and joyous spirit, she has spent her lifetime magnifying God’s love in her care for others and community.” 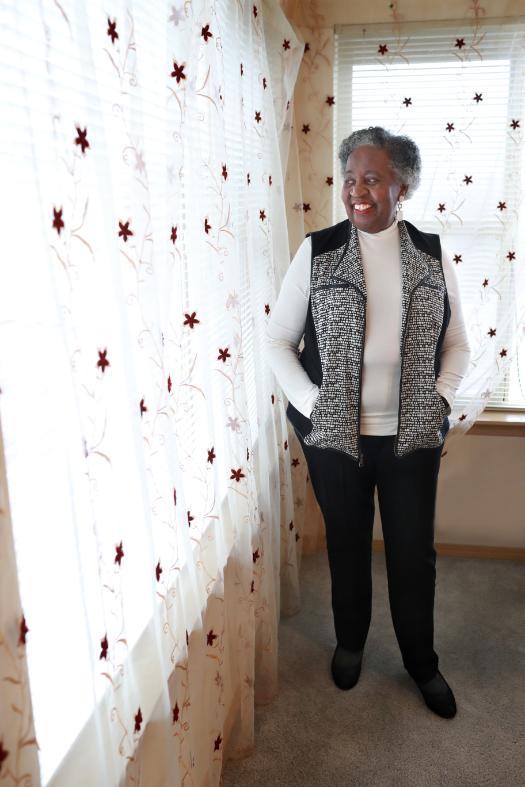