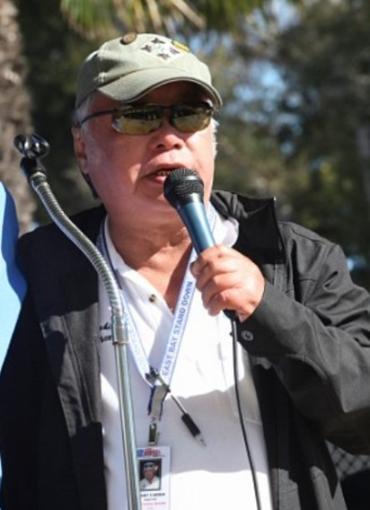 Jerry Yahiro, ’66, decided to attend Seattle University after meeting late President William Sullivan, S.J., on one of Fr. Sullivan’s recruiting trips to Hawai’i. Jerry was among 40 students from Hawai’i when he arrived in Seattle on his first trip to the mainland from his home in Wailuku, Maui. The students formed the Hui O Nani Hawai’i Club shortly thereafter, with Brig. Gen. Paul Y. Chinen, USA (Ret.) ’63 as the first leader. Families back in Hawai’i sent a shipment of “goodies” and the first Lū’au sponsored by the club was held in 1963. The Lū’au is an annual campus event that continues today, and the Hui O Nani Hawai’i Club remains one of the oldest and largest student groups at Seattle U.

Jerry was a political science major and participated in ROTC, which was mandatory at the time for male students during their first two years of college. Upon graduation, Jerry was a commissioned 2nd Lieutenant, US Army Reserves, Infantry. He was ordered to Fort Benning, GA for officer basic training in the Fall of 1966, and in June 1967, received orders for Vietnam. Jerry was a Mortar Platoon Leader, 3rd Battalion, 12th Infantry Regiment, 4th Infantry Division, from June 1967 to December 1967. He served as the Public Information Officer for the 2nd Brigade, 4th ID for the remainder of his tour. He completed his tour without losing any of his soldiers and decided to return to civilian life.

Jerry went on to enjoy a 27-year career at Pacific Telegraph and Telephone, or PacBell (now AT&T) in marketing and sales. He met his wife, Patti, while both were working at PacBell. After his career at PacBell and a couple years doing telecommunications consulting, Jerry retired. Since then, he and Patti have continued to work together, volunteering to serve homeless and at-risk veterans.

Jerry has served leadership positions with many veterans organizations in his region, including the Viet Nam Veterans of Diablo Valley, Veterans of Foreign Wars (VFW), Golden Gate Nisei Memorial Post 9879 and the San Ramon Valley Veterans Memorial Building. All of his experience culminated in 1999, when he was appointed to serve as the Executive Board Chair of the East Bay Stand Down.

The East Bay Stand Down is a massive four-day event. Homeless veterans are bussed to the site and stay there, where they have access to food, showers, haircuts and clothing. There is also medical and dental care, addiction treatment services, pathways to housing, and even a veterans’ court to help clear misdemeanors, traffic ticket warrants, and strike other minor violations and fines. The East Bay Stand Down takes place every other year and serves about 400 veterans at each event. It requires more than 2,000 volunteers, as well as partnerships with the VA, California Dental Association and Superior Court judges from five jurisdictions.

Jerry shared that in 1999, there were an estimated 100,000 chronically homeless vets in the United States. Today, thanks to efforts like the growth of Stand Down events in 200 cities around the country, along with initiatives taken by the U.S. Department of Veterans Affairs, that number has been cut in half. Because of the pandemic, there has not been an East Bay Stand Down since 2018. The next event is planned for 2022. To learn more or to get involved go to eastbaystanddown.org.

In June 2020, while sidelined from their volunteer work with the East Bay Stand Down, Jerry and Patti found another meaningful way to support veterans. They decided to create an endowed scholarship for future students at Seattle University with financial need, who are either veterans or from Hawai’i. The scholarship will be fully funded through their estate, as they have named Seattle University as a beneficiary of an investment portfolio.

When Jerry was asked how his time at Seattle University has influenced his life, and why he decided to create a scholarship, Jerry responded by saying that he faced hardship early on in his life when his father passed away in 1956. Jerry, his mother and his two brothers had to figure out how to support themselves, so they always worked. At Seattle University, Jerry arrived prepared to work hard and found his hard work was rewarded. It was his financial advisor who pointed out that with 30 years of giving to Seattle University, he was very loyal to his alma mater. For Jerry and Patti, it made sense to support the quality of Jesuit education and opportunities at Seattle University, and to direct that support to those students for whom the journey to college has been more difficult or challenging. On this Veteran’s Day and every day, we salute you, Jerry and Patti, for your service and generosity to others.