Posted by Seattle University Alumni Association on Tuesday, May 1, 2018 at 12:42 PM PDT

In honor of our law students who will be graduating next weekend, May 12, we wanted to highlight the amazing work our law alumni do in the community and welcome the law class of 2018 to the Seattle University Alumni Association. One such outstanding alum is, Fe Lopez, JD, '06 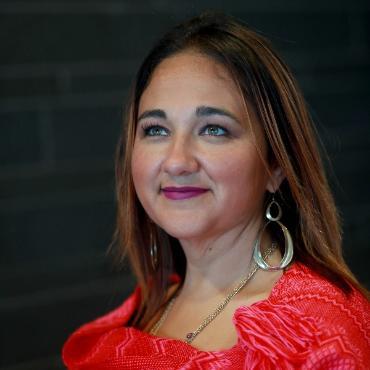 “What you see happen to your family impacts you,” she says. “It inspired me to become a lawyer and fight for social justice.”

After earning her bachelor’s degree in social sciences with a minor in criminal justice, Lopez began researching law schools. She learned about the Seattle University School of Law Academic Resource Center (ARC), which administers the Access Admission Program, and decided to apply.

“As an undergrad, I was once told by an academic counselor that law school isn’t for ‘people like me.’ I was devastated, but it only intensified my determination to succeed. Seattle U’s Access Admission Program is for passionate, driven people who lack opportunity. By providing access, ARC is helping to diversify the legal community.”

The Access Admission Program recognizes promising law school applicants from historically disadvantaged and underrepresented communities who don’t meet the traditional statistical requirements for regular admission (LSAT score and undergraduate GPA). ARC supports these students throughout their law school experience, offering the guidance and academic skill instruction to help them find success in school, the bar exam and their legal careers.

Lopez was accepted to six of the 10 law schools she applied to, including Seattle University as an Access Admission scholar.

Throughout law school, Lopez’ passion for social justice continued to grow and the professional connections she made began to open doors. She became involved with the Student Bar Association, rising to the position of president in her 3L year—the first Latina to hold that office. Lopez also volunteered with several social justice-inspired organizations.

Her involvement in the Latina/o Bar Association of Washington (LBAW) began while she was a student and continued after graduation. As LBAW president, she and other minority bar and community leaders advocated for greater police accountability. In 2014, Lopez was appointed by Mayor Ed Murray to the position of executive director of the Seattle Community Police Commission (CPC), a position she holds today. The CPC directly engages with community members who are negatively and disproportionately impacted by policing. Additionally, the commission advocates for systemic change to the Seattle Police Department’s policies and practices to help build trust and strengthen community-police relations.