Exploring the Common Text: Tulalip from My Heart 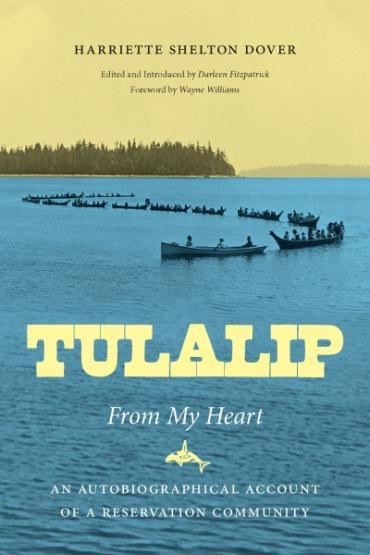 Students preparing for their freshman year at Seattle University are tasked with reading a common text, which will be discussed with faculty and staff during Welcome Week and incorporated in programs throughout the year. The Common Text not only provides students the opportunity to practice active reading and exploring challenging and conflicting ideas, but introduces students to the Ignatian-inspired process of inquiry. This process emphasizes meaning-making, risk-taking and asking deep questions.

The Common Texts for the next two years were chosen by a committee of fifteen faculty, staff, and students selected from a list of finalists. The 2018-19 Common Text is Tulalip from My Heart: An Autobiographical Account of a Reservation Community.

Presented in the author’s own voice, this memoir is immediately engaging as an act of storytelling. It is accessible and varied and offers distinct, specific history of the lives of native peoples here in the greater Seattle area.

As publisher University of Washington Press explains, “Written by a member of the Tulalip tribe and edited posthumously by the local community college writing instructor who collaborated on the project, Tulalip, from My Heart is . . . written in rich, voice-driven text and the traditional Tulalip storyteller narrative style, recounts the myriad problems that such tribes faced after resettlement. Born in 1904, Dover grew up hearing the elders of her tribe tell of the hardships involved in moving from their villages to the reservation on Tulalip Bay: inadequate supplies of food and water, harsh economic conditions, and religious persecution outlawing potlatch houses and other ceremonial practices.”

Members of our committee were excited about this text as a local oral history, as it is likely to engage a broad array of members of our community, as well as a range of ethical complexities related to ethnography, local history, issues of translation, etc. This book is an immersive experience in storytelling, and it is a beautiful example of qualitative research, an important example to incoming SU students. Moreover, it is well-timed to coincide with the opening of Vi Hilbert Hall in 2018, named for a Washington State National Treasure, Vi Hilbert, who devoted much of her life to preserving Native American Lushootseed (Puget Sound Salish) language, traditions and stories. 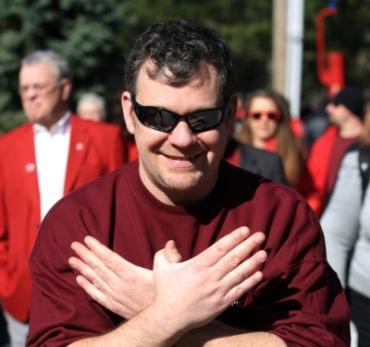 Mike Mullen, ’89, is the definition of a dedicated alumnus. Not only has he worked on campus for the last 20 years, but he is a frequent attendee to events, including cheering on our student athletes at their home games, and he recently joined his classmates Tina O’Brien and David Read to plan a 30th reunion celebration taking place next weekend on and around campus.

As soon as he joined the Seattle U community, Mike was an active member. He was an OA advisor, participated in the first dance marathon on campus, was a work study student in facilities and nearly became class president, losing out by a few votes.

Mike attributes Seattle University with shaping him and teaching compassion for himself and others. “Seattle University taught me about all things Jesuit and what that meant when applied to my thinking and spirituality. I was profoundly influenced by Sister Helen Bendik O.P. from campus ministry. She became a dear friend, like a second mother. She and others helped soften my world view. I went from a world that seemed black and white and harsh and learned it was differing shades of gray and benevolent”.

Ten years after graduating from undergrad, Mike returned to attend grad school and work at Seattle University. Mike got a job in the facilities department reporting to his same boss from his undergraduate work study job. He now runs the Mechanical/Plumbing shop on campus. The opportunity to work on campus was a dream come true for Mike. It allowed him the opportunity to see old professors and build camaraderie with people who love the university as much as he does and who have dedicated their life to it.

When asked why he has chosen to stay so involved, Mike said it was his passion around the Mission of the university. He and Cal Ihler, from the facilities department, started Professionals without Borders to provide opportunities for staff to better live the Seattle University mission through international service trips to Zambia, Nicaragua and Belize. Mike has travelled with PWOB at least 15 times, traveling across South America and Africa to help with mechanical projects for orphanages and hospitals.

It’s Mike’s passion for Seattle University and the great relationships he built here that inspired him to join classmates Tina O’Brien and David Read to plan a 30th Reunion for the classes of 1988 and 1989 this Friday, September 14th through Sunday, September 16th. Reunion attendees will have a full weekend to reconnect with friends and rediscover Seattle University. Jesuits and professors the class will recognize have also been invited.

On why his classmates should attend their reunion, Mike smiled and said, “People should come because they will be so surprised and happy to see the real formative changes here at SU and I (and Dave and Tina) will be so happy to show them. It’s the same campus – just better. I miss these folks. I would love to introduce them to our alumni bar, the Chieftain, which we never had while we were students and show them how vibrant the campus (and community) is. It’s exciting to see SU assume its role asSeattle’s University.”

To learn more about the 30th reunion celebration and secure tickets visit the alumni website.