Alumni and Students of Color Host First Event at Homecoming

Posted by Seattle University Alumni Association on October 7, 2021 at 12:10 AM PDT 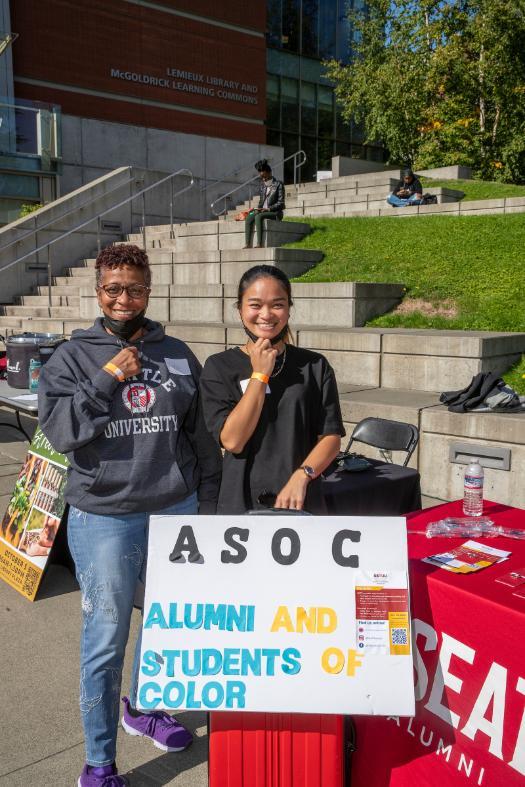 Meet our newest affinity group, the Alumni and Students of Color (ASOC), at their first social before the Homecoming Rally and men’s basketball game. ASOC provides a safe, welcoming space for BIPOC (Black, Indigenous, People of Color) alumni and students to join in community with others who share similar experiences in grappling with race-related challenges. Join the founding members and find out how you can get involved!

Your registration gets you three events for the price of one—the ASOC social, Homecoming rally and men’s basketball game against Idaho State in the ASOC seating section. And you’ll make history as you cheer on your Redhawks at the first basketball game ever played at the new Climate Pledge Arena.

Climate Pledge Arena requires proof of vaccination and that masks are worn indoors at all times.

The Inauguration of Eduardo M. Peñalver

Posted by Seattle University Alumni Association on October 7, 2021 at 12:10 AM PDT

The inauguration ceremony took place Friday morning at Benaroya Hall. With dignitaries from universities across the country in attendance, blessings were offered, musical performances were enjoyed and speeches offered gratitude and advice for our new president. The highlight was Peñalver’s powerful speech setting the direction for Seattle University while exploring the juxtaposition of our university being innovative and progressive as well as Jesuit and Catholic. He used Felix Gonzalez-Torres’ art entitled “Somewhere Better Than This Place/Nowhere Better Than This Place” as his theme to reconcile this tension. Peñalver concluded his speech saying, “I will work tirelessly to ensure that for Seattle University’s second 130 years, there will be nowhere better than this place to imagine somewhere better than this place.”

The President’s Inauguration website has the full text of Peñalver’s speech, a highlight video, full event videos and photos.