Seattle U is a National Leader in Sustainability Programs and Practices 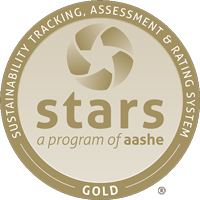 Seattle U was ranked #2 nationally among universities for its sustainability curriculum in the Association for the Advancement of Sustainability in Higher Education (ASHE) 2019 Sustainable Campus Index, and #4 nationally as an overall top performer among master’s institutions. 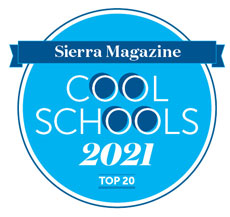 Seattle University continued its run of top rankings for sustainability by once again being named a Sierra Cool School for 2021. It earned a spot in Sierra magazine’s Top 20, placing #14 of 328 colleges and universities—the top 4 percent overall—that participated in the latest survey of sustainability practices. Seattle U is the only university in the Northwest to place in the top group. 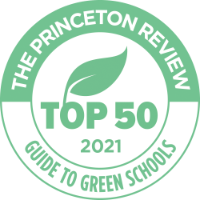 Seattle University ranked #16 in the Princeton Review's 2021 Green Honor Roll of the top 50 colleges that earned the highest scores by the publication for their sustainability efforts.